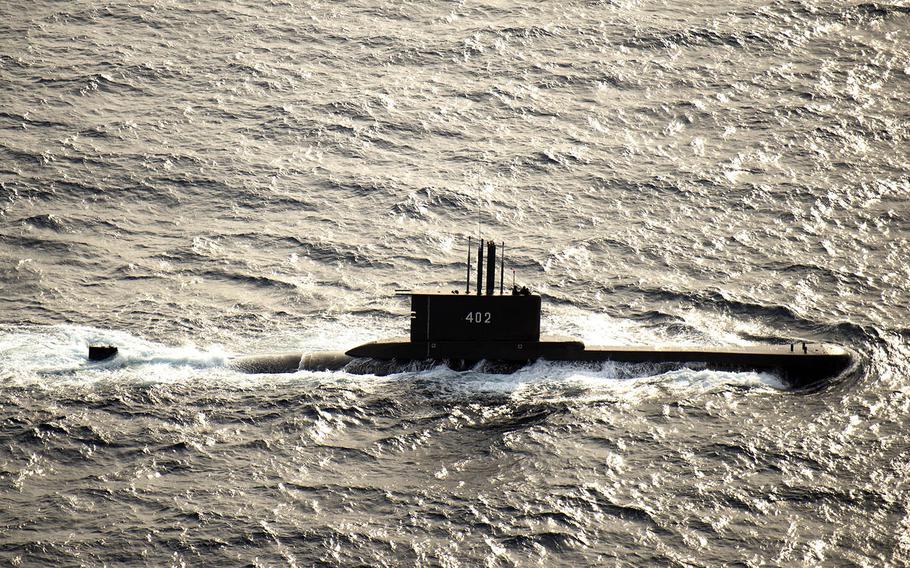 The United States is sending aircraft to assist Indonesia in finding a submarine and its 53 crew members missing since Wednesday, the Pentagon said.

“At the invitation of the Indonesian government, we are sending airborne assets to assist in the search for the missing submarine,” Pentagon press secretary John Kirby said in a statement Thursday.

Defense Secretary Lloyd Austin is scheduled to talk on Friday with Indonesian Defense Minister Prabowo Subianto about how else the U.S. can assist in the search, Kirby said.

The submarine KRI Nanggala-402 is believed to have disappeared about 60 miles off the coast of Bali early Wednesday morning local time while conducting a torpedo drill, according to media reports.

Indonesian President Joko Widodo pushed the search into high gear because the submarine’s oxygen supply would likely last only until Saturday.

A helicopter and five ships searched waters north of Bali but found no signs of the sub, according to a report by Reuters.

“I have ordered the military chief, navy chief of staff, the search and rescue agency and other instances to deploy all the forces and the most optimal efforts to find and rescue the submarine crew,” Widodo said on Thursday, the report said.

Searchers have detected something with “high magnetic force” floating between 160 to 328 feet below the water’s surface, said the Indonesian navy chief of staff, Yudo Margono, told reporters in Bali Thursday, according to Reuters.

The sub has been in the Indonesian fleet since 1981 and underwent an extensive modernization in 2012.