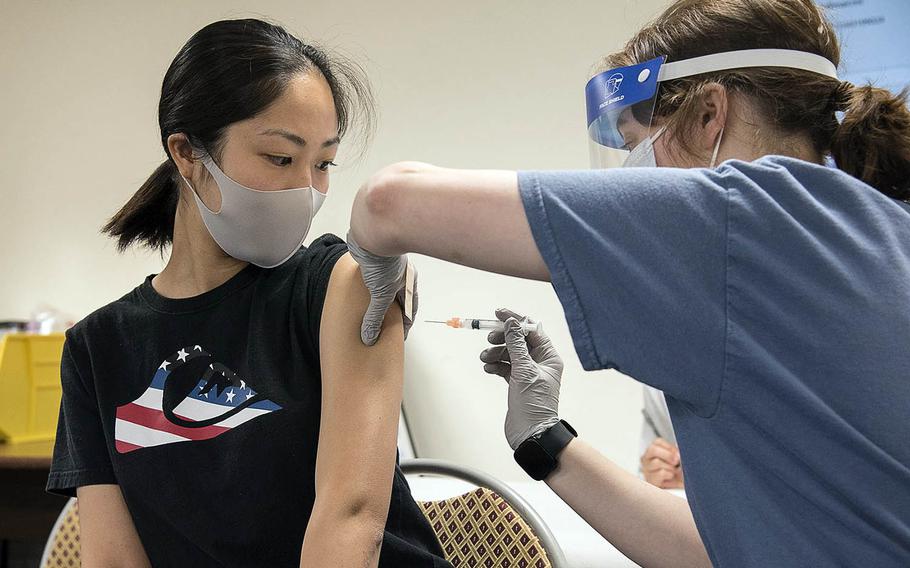 Three individuals at Marine Corps Air Station Iwakuni, 26 miles south of Hiroshima, tested positive while quarantined after their recent arrival there, according to an air station Facebook post Tuesday.

At Naval Air Facility Atsugi, 26 miles southwest of central Tokyo, one individual contracted the coronavirus after close contact with a previously infected person, according to a base update on its Facebook page.

Tokyo reported another 925 new infections Tuesday, according to public broadcaster NHK. The city has reported more than 148,000 cases of the coronavirus during the pandemic and 1,920 deaths, according to metro government data.

Osaka prefecture, the nation’s second-largest metro area, reported another 974 people had contracted the virus and 55 had died, the highest one-day toll there, thus far, according to NHK.

Osaka has reported 91,187 infected people and 1,785 deaths during the pandemic, according to prefectural data.

Tokyo, Osaka and its neighboring prefectures of Hyogo and Kyoto are under a state of emergency until May 31 in which some business hours are curtailed, alcohol sales are reduced, and employees are encouraged to work from home. The areas are off-limits to most U.S. military personnel, Defense Department civilian employees and their families.

U.S. Forces Korea reported a South Korean soldier – a Korean Augmentation to the U.S. Army at Camp Casey, Dongducheon – tested positive for COVID-19 on Sunday, according to a USFK news release Monday evening.

The soldier turned up in contact tracing by South Korean public health authorities, the release said. The solider is quarantined at Camp Humphreys.

South Korea reported 511 newly infected people Monday, according to the Korea Disease Control and Prevention Agency. Seoul accounted for 163 and Gyeonggi province, where Humphreys and Osan Air Base are located, reported 127, according to KDCA.