US military reports 10 new coronavirus patients at bases across Japan 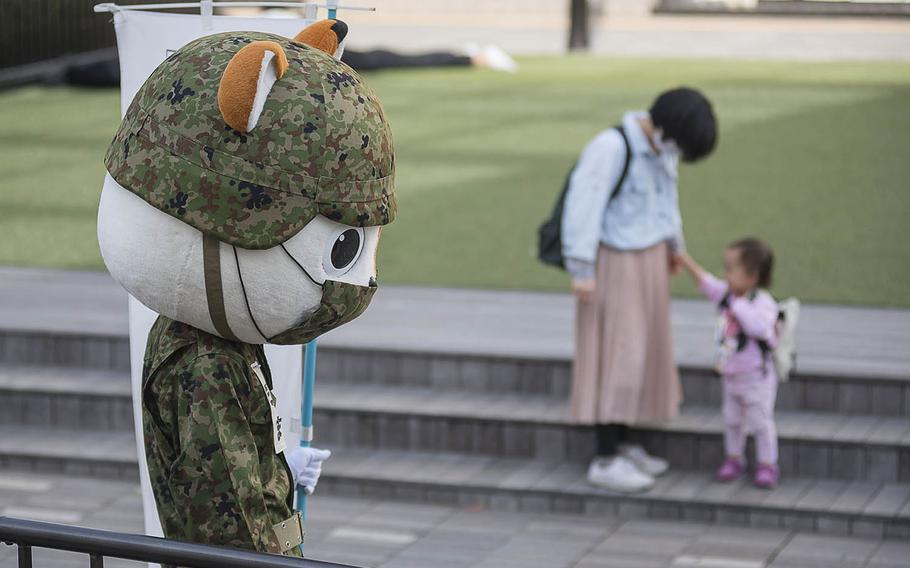 TOKYO – Ten new cases of COVID-19 have surfaced at U.S. military bases in Japan since Friday, according to reports Tuesday.

The country continued to wrestle with a coronavirus surge that quickened its pace in April. Though modest compared to other nations, the increase in Japan's case numbers comes three months ahead of the scheduled Summer Olympics in Tokyo.

Tokyo reported 609 people newly infected with the coronavirus Tuesday, according to public broadcaster NHK. That’s the lowest one-day count since 426 on April 26, according to metropolitan government data.

Osaka prefecture, experiencing its worst phase of the coronavirus pandemic, reported 20 deaths and 884 new coronavirus cases on Tuesday, its second day below 900 new patients, according to NHK and prefectural data.

Osaka, its neighboring Kyoto and Hyogo prefectures and Tokyo are in a state of emergency the national government imposed a week ago to curb the virus’ spread during the Golden Week holidays.

The two metro areas, the largest and second largest in Japan, are off-limits to most off-duty service members, Defense Department civilians and their families, or require approval from unit commanders for travel there.

U.S. military bases continued to urge their populations to get vaccinated.

On Tuesday, Marine Corps Air Station Iwakuni, 26 miles from Hiroshima, asked parents who want their children ages 12 to 17 vaccinated to register by Thursday in anticipation of the Pfizer-BioNTech two-shot vaccine being approved soon by the Food and Drug Administration for emergency use, according to a Facebook post by MCAS Iwakuni.

Registering will allow U.S. medical facilities in Japan to accurately order enough vaccine for that age group, according to the air station.

Yokosuka Naval Base, south of Tokyo, on Tuesday reported three people had tested positive for COVID-19 since Friday, according to a base news release. Two patients turned up during contact tracing; both were unimmunized and showed no symptoms, the base said.

One person who was inoculated with a coronavirus vaccine tested positive for COVID-19, according to Yokosuka. That person also showed no symptoms.

Yokota Air Base, the home of U.S. Forces Japan in western Tokyo, had two people turn up with the virus between Saturday and Tuesday, according to a base Facebook post Tuesday. Both patients are recent arrivals to Japan and were already quarantined.

On Okinawa, the Marine Corps on Monday reported four people at Camp Hansen had contracted COVID-19, according to a Facebook post by Marine Corps Installations Pacific.

Kadena Air Base had one new COVID-19 patient Monday, according to a base Facebook post. The individual was already quarantined as a close contact of another infected person.