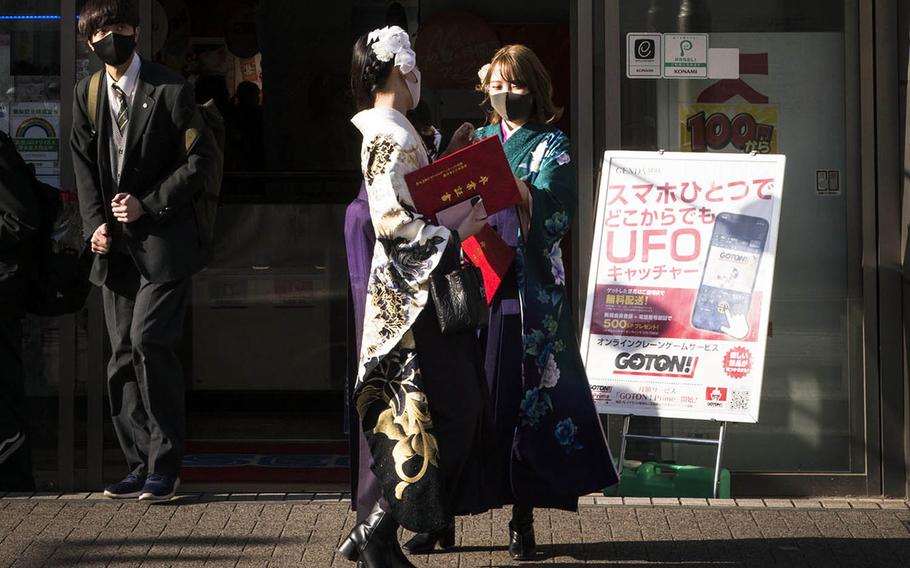 TOKYO – The Air Force was the only service in Japan to report a new case of the coronavirus between Friday and 6 p.m. Monday.

The number of new cases in Tokyo fell to 239 on Sunday and 175 on Monday, according to the Tokyo Metropolitan Government and public broadcaster NHK. The average number of new infections over the past seven days ticked up to 287.6 from 279.1.

Kadena Air Base on Okinawa had one new coronavirus case, a family member of a previously identified patient, according to a Facebook post Monday. The family member was already quarantined, and no other contacts were identified, the base said.

South Korea’s capital, Seoul, reported 112 new cases Sunday, down from 138 on Friday, according to the Korea Disease Control and Prevention Agency.

Gyeonggi province, home of Osan Air Base and Camp Humphreys, reported 161 new cases. New infections there this month have hovered between about 150 and 200 new cases per day.

Five U.S. service members tested positive for COVID-19, the coronavirus respiratory disease, after arriving in South Korea between March 9 and Friday, according to a USFK news release Monday. All are now in isolation at either Humphreys or Osan.

One of the new patients was a service member who arrived at Osan on Wednesday via the Patriot Express, a government-chartered air passenger service, the release said. The remaining four arrived on commercial flights at Incheon International Airport on March 9, Wednesday, Thursday and Friday.

All five tested positive before entering the 14-day quarantine period required of new arrivals on the peninsula, according to the release.

The remaining two new patients are soldiers at Humphreys who tested positive Friday as part of a screening program, USFK said Sunday in a news release.

One soldier had been sheltering in place since Wednesday, according to the release. Both are in quarantine at Humphreys, and Korean and U.S. military health authorities are tracing their contacts.