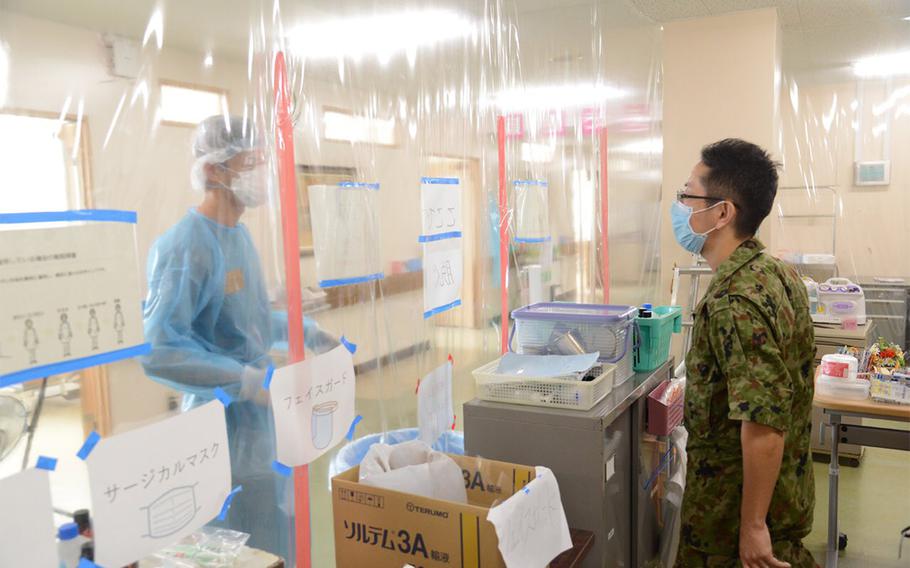 TOKYO — The U.S. military in Japan reported 17 new coronavirus infections Friday while the civilian populations around it continued on an unflagging second wave.

The Tokyo Metropolitan Government reported 258 cases Friday, according to public broadcaster NHK. There were 339 new cases the previous day.

The number of Tokyo patients with serious symptoms fell by three to 33 on Friday, NHK reported. That number is far below the peak of 105 in late April. Tokyo itself is home to about 13 million people, although the sprawling urban area around it brings the total to about 35 million.

To the southwest, Yokosuka Naval Base, home of the U.S. 7th Fleet, on Friday reported 12 new cases discovered since Wednesday, according to the base Facebook page. Eleven had contact with an infected individual. The 12th was already in isolation as a recent arrival to Japan, according to the post Friday.

Yokosuka Naval Base has 44 active cases, according to the post.

Marine Corps Air Station Iwakuni, far to the west of Tokyo, reported one case discovered Thursday. The individual was tested while quarantined, according to a base press release Friday. The U.S. military since July has required exit testing of anyone quarantined as a coronavirus risk.

The individual at MCAS Iwakuni has mild symptoms of COVID-19, arrived Aug. 6, had no contact with others and presents a low risk of spreading the virus, according to the air station. COVID-19 is the respiratory disease caused by the coronavirus.

On Okinawa, the Marines reported four new cases, all close contacts of an infected individual at Camp Courtney, site of a third cluster outbreak within Marine bases on the island.

As of Friday, the Marines on Okinawa have reported 328 cases throughout the pandemic. Of those, 301 have reportedly recovered.

Also Friday, Marine Corps Installations Pacific placed a blanket off-limits order on the city of Naha, the capital of Okinawa and its second largest city, according to a post on the command’s Facebook page. It joins Tokyo, Yokohama, Hiroshima and other areas deemed off-limits to U.S. service members, civilian employees and family members.

Although the Marines, like other U.S. service members on Okinawa, are permitted to travel off-base for essential activities, the coronavirus risk in Naha puts it off-limits entirely, according to a spokesman for III Marine Expeditionary Force.

“The preponderance of new COVID-19 cases on Okinawa have been reported in Naha,” wrote 1st Lt. Ryan Bruce via email on Friday. He said Marine and Navy health professionals determined that all activities in Naha, including essential services, pose “too high a risk to the readiness of our forces and the health of our families.”

The island prefecture is home to about 80,000 American service members, Defense Department civilians and their families, according to the Marines.

The prefecture on Friday reported 30 new cases, a prefectural health official told Stars and Stripes by phone. Sixteen patients are in critical condition and 140 with mild or no symptoms are waiting on a designated hotel room or hospital bed in which to recover.

The Naha-based 15th Brigade of the Japan Ground Self-Defense Force, which deployed this week, tweeted Friday it’s working in local hospitals to sanitize and prepare rooms for new patients.

The brigade sent medical and public health teams to lend a hand after the defense ministry offered its assistance Sunday to Okinawa Gov. Denny Tamaki. The prefecture has reported 1,835 cases since the pandemic began.