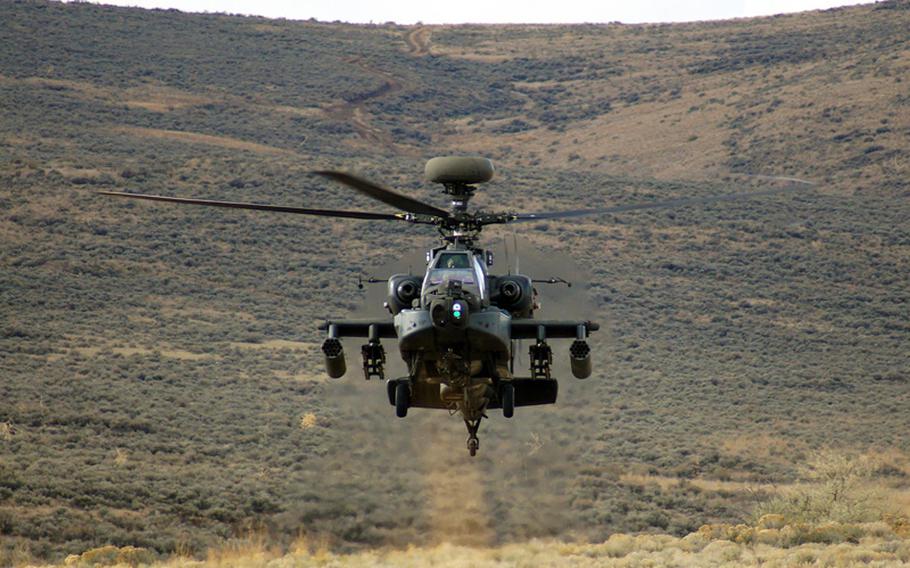 An Apache AH-64E attack helicopter is seen in this U.S. Army file photo. South Korean police said a AH-64 Apache helicopter crashed Monday, Nov. 23, 2015, on a road in Wonju, about 80 miles east of Seoul, killing 2 people on board. (U.S. Army)

An AH-64 Apache helicopter with the 2nd Infantry Division crashed during a routine training mission Monday about 6:30 p.m., killing both pilots, the division said in a statement.

The crash occurred about 50 miles east of Camp Humphreys, the statement said.

There were no reports of casualties on the ground, The Associated Press reported.

The identities of the two pilots were being withheld pending next-of-kin notification.

“We offer our heartfelt prayers and condolences to the families of the soldiers involved in this tragic incident,” said Lt. Col. Mark Gillespie, deputy commander of the 2nd Combat Aviation Brigade, in the statement. “Our first priority is to provide their families with the support they need during this difficult time.”

The cause of the accident is under investigation.