US, Japan pledge to work together on lunar exploration and space security 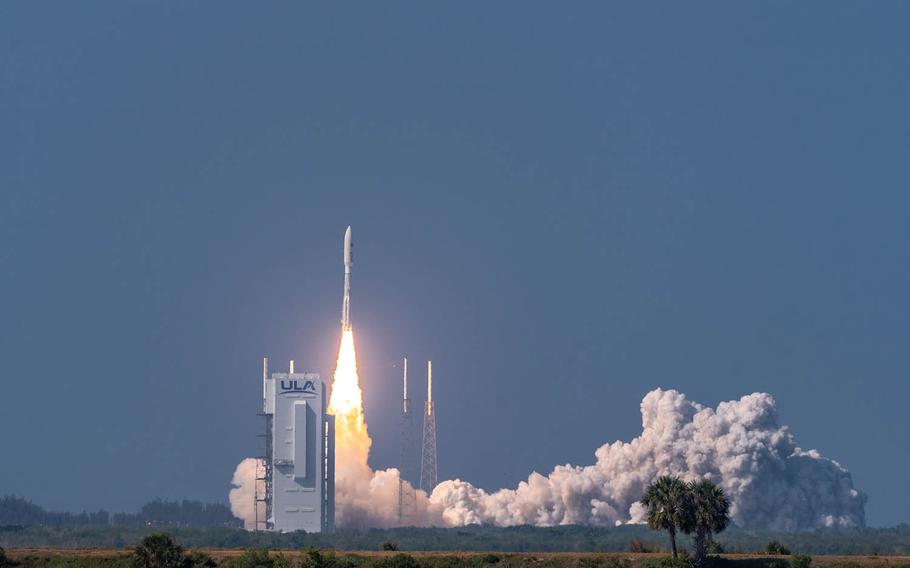 TOKYO — The United States and Japan will cooperate on efforts to return to the moon and boost space security, according to a joint statement issued after military, space and other government officials from the two nations met Wednesday in Tokyo.

The seventh meeting of the Japan-U.S. Comprehensive Dialogue on Space included participants from Japan’s Ministry of Defense and the Japan Aerospace Exploration Agency as well as representatives of the U.S. Department of Defense and NASA.

“Recognizing the increasing importance of space for national security as well as the dependence of contemporary society on space systems, both sides welcomed significant developments in their respective defense institutions, namely, the establishment of the Space Operations Squadron of the Japan Air Self-Defense Force and the Space Command and Space Force of the United States,” the joint statement said.

The Space Force was established in December as an independent service branch with an initial force of 16,000 military and civilian personnel.

None of the 10 Space Force units based outside the continental U.S. is in Japan; however, Misawa Air Base, in the northern part of the country, hosts the Joint Tactical Ground Station, Delta Detachment, an element of the Army’s 1st Space Battalion, 1st Space Brigade. It counts ballistic missile warning and space situational awareness among its tasks.

The U.S. and Japan plan to expand cooperation in a variety of areas, including space security, space exploration and commercial space activities, the joint statement said.

They reaffirmed their commitment to Artemis, the program through which the U.S. and its international and commercial partners plan to explore the moon in preparation for a human mission to Mars.

Japan also congratulated the U.S. on the recent successful test flight of its Crew Dragon capsule, produced by private company SpaceX, to the International Space Station earlier this month, the statement said. The U.S. congratulated Japan on the successful final mission by the Kounotori 9 cargo spacecraft to the space station in May.

It makes sense for Japan and the U.S. to strengthen ties in an area where both are threatened by China and North Korea, according to Paul Buchanan, an American security analyst based in Auckland, New Zealand.

“Space is the new high ground,” he said in a telephone interview Thursday. “It’s not surprising that they will develop their ties in space.”

Adversaries are already using space technology for reconnaissance and geospatial surveys, although the U.S. has a big advantage in those areas, Buchanan said, adding that future threats to spacecraft could include low-orbit interceptors being developed by Russia and China.

At the Tokyo meeting, U.S. and Japanese officials discussed space resources and recognized the important role of the private sector in exploring outer space.

“In light of the inherent vulnerability of space systems and growing concern for threats to the continuous, safe, and stable use of outer space, both sides committed to enhance cooperation on [space situational awareness],” the joint statement said.

Japan’s Cabinet Office and the U.S. Department of Defense have substantially approved a plan to host U.S.-provided space situational awareness payloads on Japan’s Quasi-Zenith Satellites to be launched by the end of March 2024, the statement added.

The two governments plan an eighth space meeting in the U.S. next year, according to the joint statement.