US Forces Korea to reduce its coronavirus-risk level, allow students to return to schools 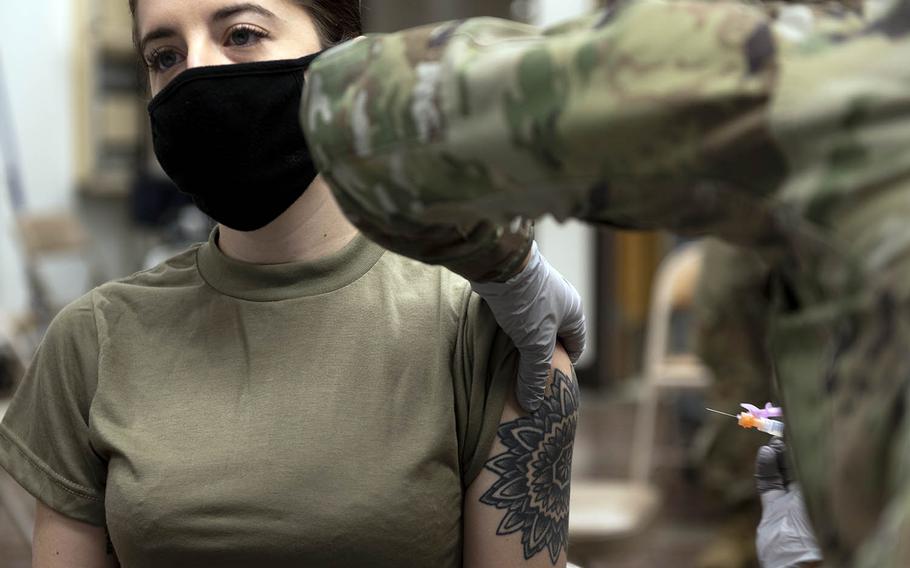 OSAN AIR BASE, South Korea — U.S. Forces Korea is lowering the coronavirus risk level across more of the peninsula, including at its largest installation, leaving only the Seoul region under the strictest prohibitions for the U.S. military.

The change takes effect 7 a.m. Monday, after the three-day Lunar New Year holiday in South Korea. It coincides with level two social distancing rules in the country, which limit some businesses’ hours and social gatherings to no more than 100 people, according to the Tuesday announcement.

Area I includes the north and northeast region of the country up to the border with North Korea. Area III covers the central region where Osan Air Base and Camp Humphreys are situated. The Seongnam area south of Seoul and the Han River is also included in the change.

Those areas will revert to Health Protection Condition-Bravo, according to the USFK release. Condition Bravo indicates a moderate risk of the virus spreading. USFK moved its southern region, Area IV, to condition Bravo on Monday.

Under condition Bravo, students in Department of Defense Education Activity schools at Camp Humphreys and Osan Air Base will return Tuesday to in-person classes, DODEA-Korea district superintendent Jeff Arrington said in a memo emailed to parents on Tuesday.

Students moved to online learning after USFK raised the HPCON level to Charlie in late December when schools let out for winter break. Students at Camps Walker and George, in the country’s south, returned to school on Tuesday.

Additionally, U.S. personnel may dine inside restaurants in groups of three or less; travel and stay overnight in hotels in areas in condition Bravo, including JeJu Island; shop at indoor malls; and take part in outdoor activities.

Adult-only establishments, including bars, nightclubs and karaoke clubs, are still off-limits to U.S. military personnel across the country.

Area II-plus, the Seoul region, remains off limits to service members, Defense Department civilian employees, contractors and family members, except for official business, according to USFK. That area is still in HPCON-Charlie, a substantial risk of the virus spreading.

However, “bubble-to-bubble travel,” including leisure trips to Yongsan Garrison in central Seoul and its Dragon Hill Lodge, are permitted, USFK said. Yongsan was off-limits temporarily last month following a cluster of coronavirus cases that also spread to Humphreys.

The coronavirus continues to spread in South Korea, but its hold has eased recently. The Korea Disease Control and Prevention Agency reported 444 new cases Monday, with 169 in Seoul and 157 in Gyeonggi province, where Humphreys is located.

The country reached a pandemic peak on Dec. 25 when it confirmed 1,235 people had tested positive for COVID-19, the coronavirus respiratory disease, according to the World Health Organization.