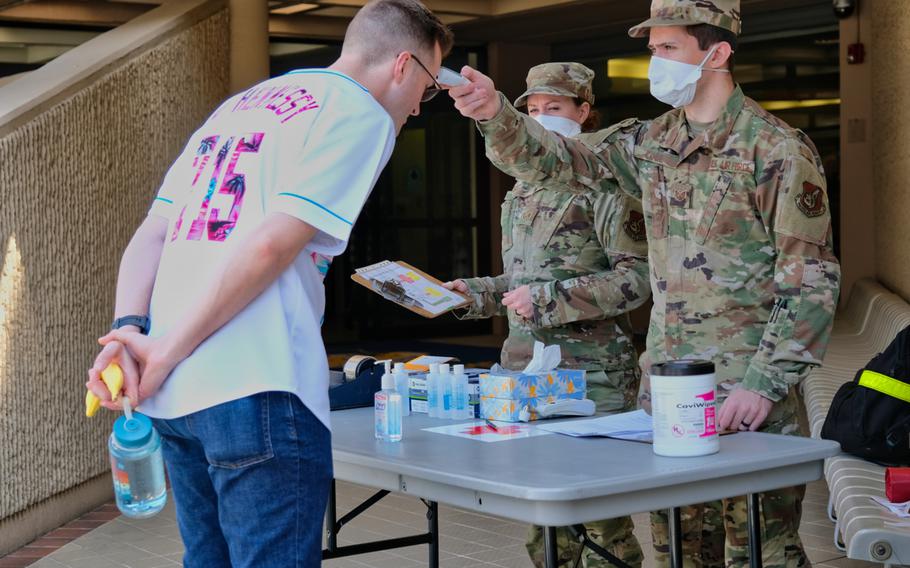 SEOUL, South Korea — Nearly two-thirds of the 26 coronavirus patients affiliated with U.S. Forces Korea have recovered and been released from isolation, the military said Friday.

USFK said 17 people had recovered since March 15, including civilians, contractors, military dependents and the first active-duty service member to be infected, whose recovery was announced last month.

The command has reported that 26 people tested positive for the virus since the first case was logged on Feb. 24 in the southeastern city of Daegu, where South Korea’s outbreak began.

Requirements for release include negative results from two coronavirus tests at least 24 hours apart, no symptoms for at least seven days, remaining free of fever without medication and receiving clearance from a medical provider.

“USFK medical professionals have implemented a proven treatment plan for those in isolation to aid in recuperation: rest, remain hydrated, eat healthy and nutritious meals, and exercise,” according to a press release.

Only two soldiers stationed on the divided peninsula have contracted the virus. Spc. Deontae Chappel, a 23-year-old network systems clerk stationed on Camp Carroll, was given a clean bill of health on April 15 after 49 days in isolation.

The military, which counts about 58,000 people among its population, has restricted access to bases and banned personnel from non-essential travel and off-base social activities during the pandemic.

USFK said it remains “at a high level of readiness, and continues to maintain robust combined defense posture,” to protect South Korea.