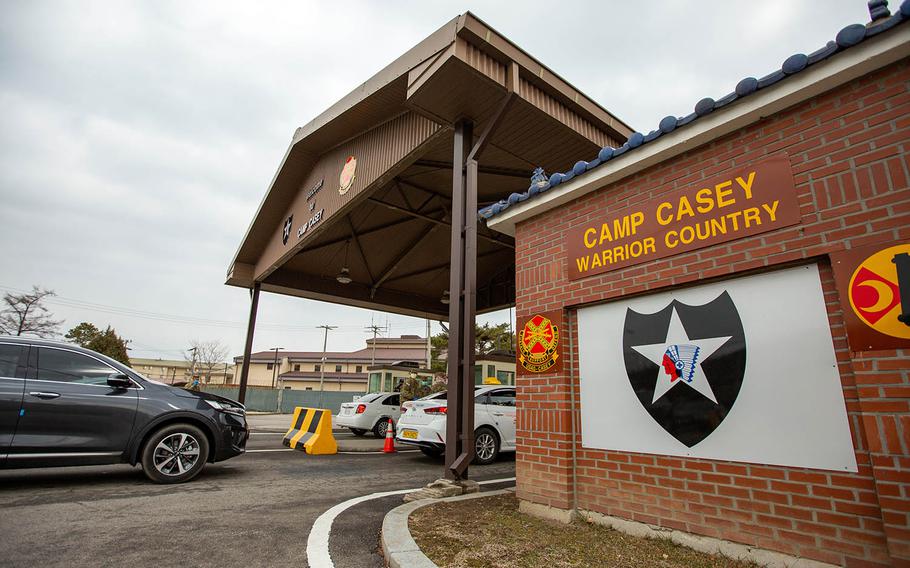 CAMP HUMPHREYS, South Korea – The U.S. military command in South Korea over the weekend further limited travel inside the country and on Monday reported 17 new coronavirus cases since Nov. 20.

South Korea announced 615 new cases Monday, according to the Central Disease Control Headquarters, as the virus spreads there. The country has recorded more than 5,300 new cases in the past 10 days, The Associated Press reported.

U.S. Forces Korea said all 17 of its new patients are recent arrivals to the peninsula, either via commercial flights to Incheon International Airport or the Patriot Express, a government-chartered service direct to Osan Air Base.

Five service members arrived at Osan on Nov. 23 and Dec. 2, according to a USFK news release. Twelve individuals with USFK – it did not specify their affiliations – arrived at Incheon on flights Nov. 20, 21 and 23 and Dec. 1, 2 and 4.

All 17 tested positive in the mandatory 14-day quarantine and were transferred to facilities at Camp Humphreys or Osan, according to USFK.

On Saturday, USFK restricted travel to or within Camps Casey and Hovey to those who live there or have official business, according to the same Saturday update.

“Bubble-to-bubble travel remains authorized for Camps Casey and Hovey to other USFK installations,” the message said.

USFK also put the cities of Goyang, Uijeongbu, Namyangju, Yeoncheon and Cheorwon off-limits to all its personnel, along with Busan and Seoul, the capital, according to an update Saturday on the USFK website.

“The capital area is now a COVID-19 war zone,” Health Minister Park Neung-hoo said during an emergency meeting Monday, referring to the respiratory disease caused by the coronavirus.

Since the virus arrived in South Korea, 38,161 people have tested positive and 549 have died, according to official figures.

The country may see over 1,000 daily new cases in a week or two, Park said.

The government is tightening rules for social distancing and banning gatherings at indoor sports facilities and for-profit schools in Seoul for three weeks, ordering the closure of saunas and public baths and mandating that internet cafes close by 9 p.m., he said.