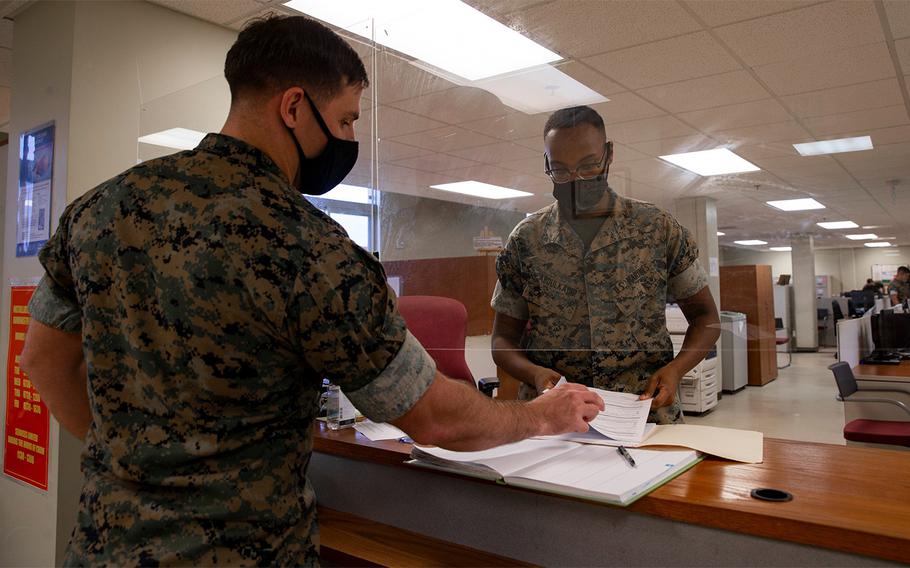 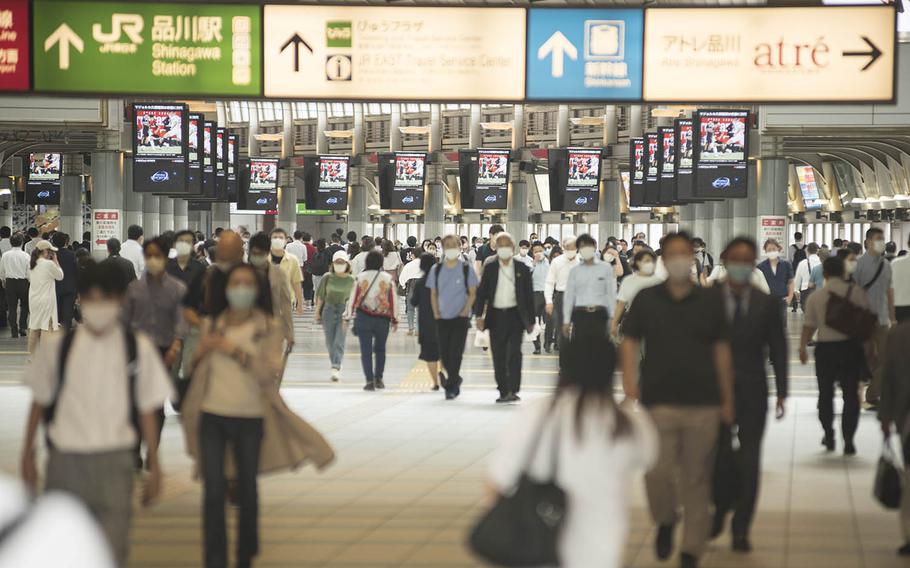 TOKYO — The commander of U.S. Army troops stationed close to Tokyo said Monday they and their families should expect to live with coronavirus restrictions until next spring, at least.

The same day on Okinawa, a Marine colonel at Camp Hansen said he understood the fear expressed by a spokesman for Japanese employees there because some Marines are ignoring basic rules, like wearing masks.

Workers on base are fearful and “see no light at the end of the tunnel,” the unnamed spokesman said during a livestreamed town hall.

A second wave of the virus is coursing through Japan, particularly in urban areas, and U.S. military commanders in the country are reemphasizing public health orders and advising their people to brace for the long haul.

Tokyo reported 258 new infections on Monday, according to the public broadcaster NHK, down a second consecutive day from an all-time high of 472 cases Saturday.

Luong on Thursday raised the health protection condition for troops around Tokyo to a level that reflects a substantial risk of infection. The reasons, he said, are individuals failing to adhere to coronavirus measures and the rising number of cases in nearby Tokyo, which is off limits to all U.S. military personnel and their families.

Japan has had more than 39,000 coronavirus cases with just over 12,000 of those still active, U.S. Army Japan command surgeon Col. Michael Peacock said during the town hall.

Treatment of the coronavirus has improved and the chances of dying from it are down, but the best estimate for a vaccine is December, said Col. Marshall Mendenhall, deputy commander of U.S. Army Medical Department Activity-Japan.

At Yokosuka Naval Base, home to the 7th Fleet south of Tokyo, two people tested positive for the virus, said base spokesman Randall Baucom. Nearby, Naval Air Facility Atsugi spokesman Sam Samuelson said one person tested positive at a Japanese airport over the weekend.

On Okinawa, the Marine Corps reported one new coronavirus case at Marine Corps Air Station Futenma, one of two bases where virus clusters broke out after the July Fourth weekend. The other was Camp Hansen. The outbreaks accounted for more than 200 infections, the bulk of U.S. military coronavirus cases in Japan.

He added: “I would point out that there is training ongoing, and at the individual level, we’ve got to continue to hold people accountable every opportunity we get.”

Five Japanese base workers have tested positive so far, two from Kadena Air Base, two from Camp Foster and one from MCAS Futenma.

Gerber said that once the two July outbreaks were identified, the Marines isolated “well over 1,600 Marines” and managed to limit the virus’ spread.

“Once we had an idea of what units were associated with this, those remain locked down,” he said. “Many of them are still actually in an isolated status right now.”

Okinawa has been isolating anyone with the virus in hospitals or designated hotels. According to the prefecture’s website, 195 people were waiting for a room or a hospital bed as of noon Sunday.

However, the prefecture has an adequate supply of critical care beds and only three coronavirus patients in critical condition, according to the website.

Gov. Denny Tamaki declared a state of emergency on the island Friday. He asked Okinawans to stay in their homes until Aug. 15, except for essential trips; he set restrictions on bars and restaurants in Naha; and closed some tourist attractions.

The virus is spreading much faster than expected, Tamaki said, “and we must prevent a medical crisis.”