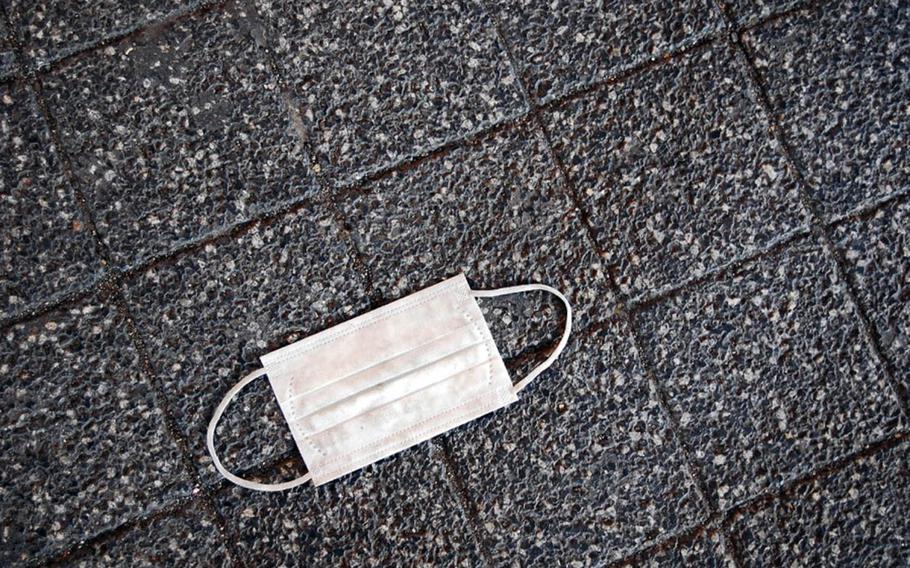 Tokyo's daily count of new coronavirus cases surged back into the 500s on Wednesday, Dec. 2, 2020. (Pixabay)

TOKYO – Japan’s capital city experienced another surge in coronavirus cases Wednesday, while the U.S. military by 6 p.m. had reported only two new infections.

The daily count fell in the interim to 372 on Tuesday. More than 440 people are becoming infected in the city every day, according to the seven-day moving average.

U.S. Army Japan has banned indoor dining at off-post eateries in the Tokyo metro area up to 93 miles from Army headquarters at Camp Zama, according to a post on its Facebook page Wednesday.

Service members who violate the order are subject to punitive action under the Uniform Code of Military Justice; civilians may be subject to administrative actions, including the denial of base access, loss of command sponsorship or an early return of dependents, according to the post.

The order did not explain the timing of Luong’s order, except to say it aims to preserve the health and safety of the Army community.

U.S. Army Japan on Wednesday reported one new coronavirus case, an individual assigned to Okinawa who tested positive after becoming ill Saturday, according to a news release. That person went into self-isolation immediately, was tested Monday and learned the results the next day.

Okinawa prefecture received a report from Naval Hospital Okinawa of one case at Torii Station, the Army post there, a prefectural health official told Stars and Stripes by phone Wednesday.

Army contact tracers found and quarantined an unspecified number of other individuals, according to the release.

The prefecture also received reports of two new cases at the Marine Corps’ Camp Foster, the health official said. The Marines stopped publicly reporting their new cases on Okinawa in early November, except for a cluster of 72 infections among new arrivals announced Monday.

The prefecture reported 47 new cases Wednesday, according to the public health official. Government spokespeople in Japan typically speak on the condition of anonymity as a condition of their employment.

Tuesday evening, Misawa Air Base, 400 miles north of Tokyo, reported one new case, a person who arrived on temporary duty from the United States on the Patriot Express, a government-chartered passenger service.

The individual was positive on a rapid test for COVID-19, the respiratory disease caused by the coronavirus, and quarantined along with an unspecified number of contacts, according to a base Facebook post.