US and Japan are 'making progress' on military support agreement, State Department says 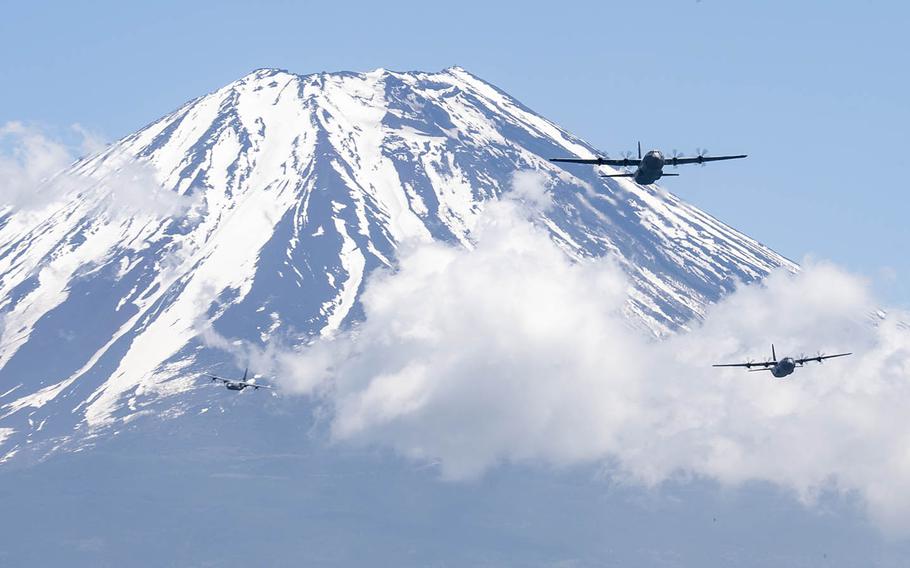 TOKYO — Negotiators are making headway but have yet to clinch a deal over Japanese support for approximately 54,000 American troops in the country, according to the State Department.

“We continue Host Nation Support negotiations with Japan and are making progress, but there is no agreement yet,” a department spokesman at the U.S. Embassy in Tokyo said Thursday in an email to Stars and Stripes. The spokesman asked not to be named because negotiations are being led by the State Department in Washington, D.C.

The allies have agreed to extend the current deal on Japanese support for U.S. troops in the country, which expires next month, according to a Kyodo news agency report earlier Thursday.

Under the agreement, Japan would pay roughly $1.91 billion toward the cost of utilities, labor and training for American military personnel during the 2021 fiscal year, around the same level as the previous year, Kyodo reported.

Cost-sharing talks will resume in April, the report said.

The pair “discussed that we would like to accelerate discussions to be able to swiftly achieve an agreement,” Motegi said in the statement.

Trump had demanded Japan pay $8 billion a year for hosting U.S. troops in the country, former national security adviser John Bolton wrote in his memoir, “The Room Where It Happened,” published in June.

“Trump's plans to quadruple the amount were damaging and exorbitant and seemed to be taking advantage of [Japan’s] vulnerabilities,” he said.