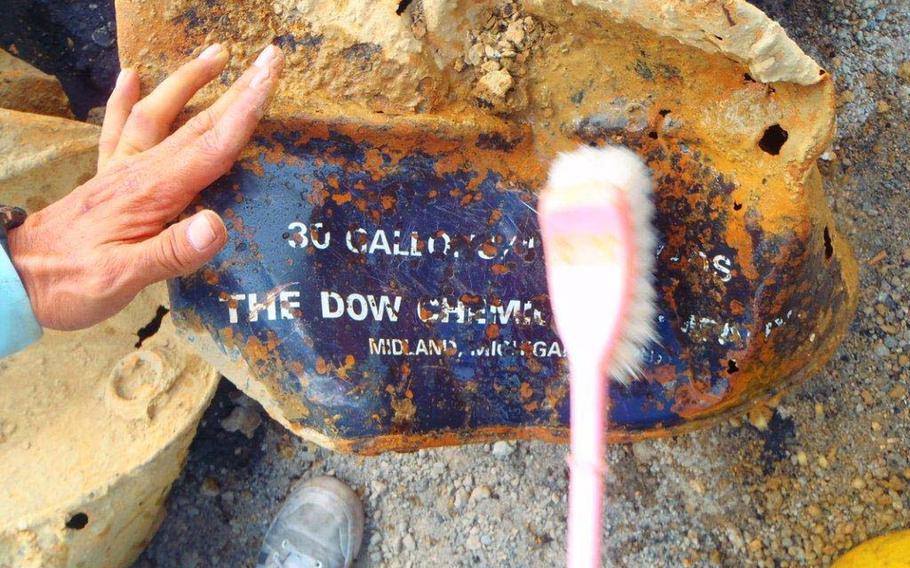 The city test results were eight times higher than the ministry’s results for dioxin – a toxin known to cause cancer, reproductive and developmental problems, immune system damage and hormone imbalances – in soil and water collected from around about two dozen rusted Dow Chemical Company containers found buried under a soccer field, according to an Okinawa City report released Wednesday.

Higher levels of 2,4,5-trichlorophenoxyacetic acid — an herbicide that was discontinued in the United States because of health concerns – were also discovered by the municipal testing of the site, which was once part of Kadena Air Base, the report said.

Last week, the Ministry of Defense reported finding two of the three components of Agent Orange defoliant after testing the buried Dow containers, raising local suspicions that the U.S. military may have stored or used the dangerous substances on the island during the Vietnam War.

Dow Chemical was one of the manufacturers of defoliants used to kill jungle and crops in Vietnam. But both the ministry and Okinawa City said they could not definitively link the herbicides to Agent Orange.

Meanwhile, the United States has long denied dioxin-laden defoliants were ever present on Okinawa. Dow also recently said the rusted barrels do not match containers used for Agent Orange.

Okinawa City said it will excavate the rest of the soccer field in search of any more containers.