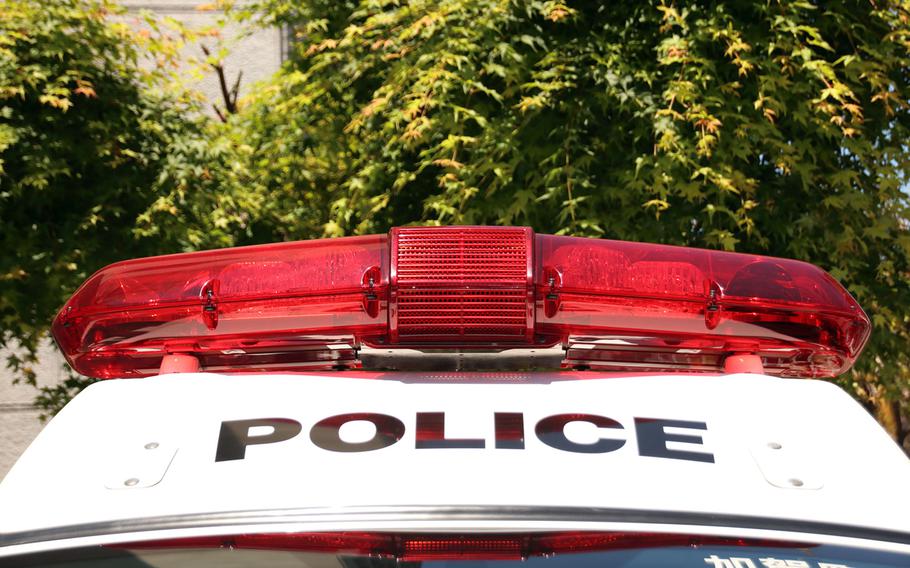 Three U.S. service members were arrested on suspicion of illegally entering Japanese homes in two unrelated incidents over the weekend, according to Japanese police. (Akifumi Ishikawa/Stars and Stripes)

TOKYO — Three U.S. service members were arrested on suspicion of illegally entering Japanese homes in two unrelated incidents over the weekend, one south of Tokyo and the other on Okinawa, according to Japanese police.

A sailor identified by police as Tanner Nicholas Moseley, 20, was taken into custody at 8:12 p.m. Sunday on suspicion of trespassing into a home in the Shiomidai area of Yokosuka city, a Kanagawa prefectural police spokeswoman said Tuesday.

Government spokespeople in Japan traditionally speak to the media on condition they are not identified by name.

Moseley was arrested after the home’s resident called police. No damages or injuries occurred, another police spokesman said.

Moseley told police he is a petty officer third class assigned to the USS Chancellorsville, the spokesman said. The guided-missile cruiser is homeported at Yokosuka Naval Base.

Moseley had been drinking and told police he didn’t remember why he entered the home, according to the spokesman.

Police referred the case to prosecutors on Tuesday, the spokeswoman said.

“The Navy is cooperating with the Japanese police,” base spokesman Randall Baucom said in an email Tuesday to Stars and Stripes. “The Navy takes all allegations involving misconduct of our Sailors very seriously.”

Meanwhile, two Marines were arrested on Okinawa on Sunday after allegedly entering a home in the Matsuo area of Naha city early that morning, according to a Naha Police spokesman.

The pair, who had been drinking, entered the property after they had fled from police, the spokesman said.

The police had stopped the Marines after receiving a report of a suspected accident with loud noise and foreigners changing tires on the street in the Makishi area of the city around 1:49 a.m., he said.

Kevin Doffney told police that the pair ran away in fear, according to the spokesman.

The police referred the case to prosecutors Monday, the spokesman said.

“The Marine Corps takes all allegations of misconduct very seriously, and we are cooperating fully with local authorities,” the statement said. “The vast majority of Marines follow orders and regulations, uphold our core values, and treat others with dignity and respect; those who fail to do so are held accountable.”