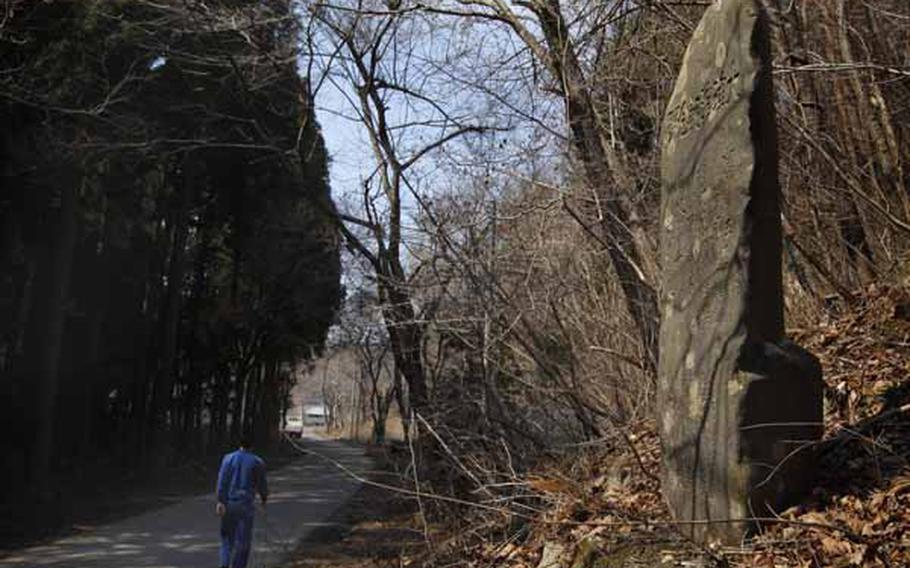 In this March 31, 2011 photo, a tsunami survivor walks past a centuries-old tablet that warns of danger of tsunamis in the hamlet of Aneyoshi, Iwate Prefecture, northern Japan. Hundreds of such markers dot the coastline, some more than 600 years old. Collectively they form a crude warning system for Japan, whose long coasts along major fault lines have made it a repeated target of earthquakes and tsunamis over the centuries. (AP)

"High dwellings are the peace and harmony of our descendants," the stone slab reads. "Remember the calamity of the great tsunamis. Do not build any homes below this point."

Read the AP story about the ancient tsunami warning markers.