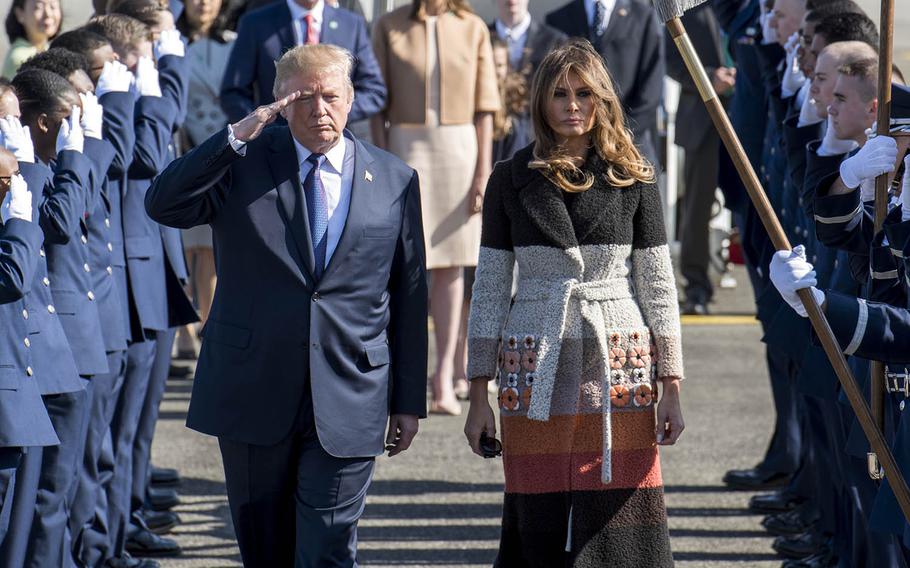 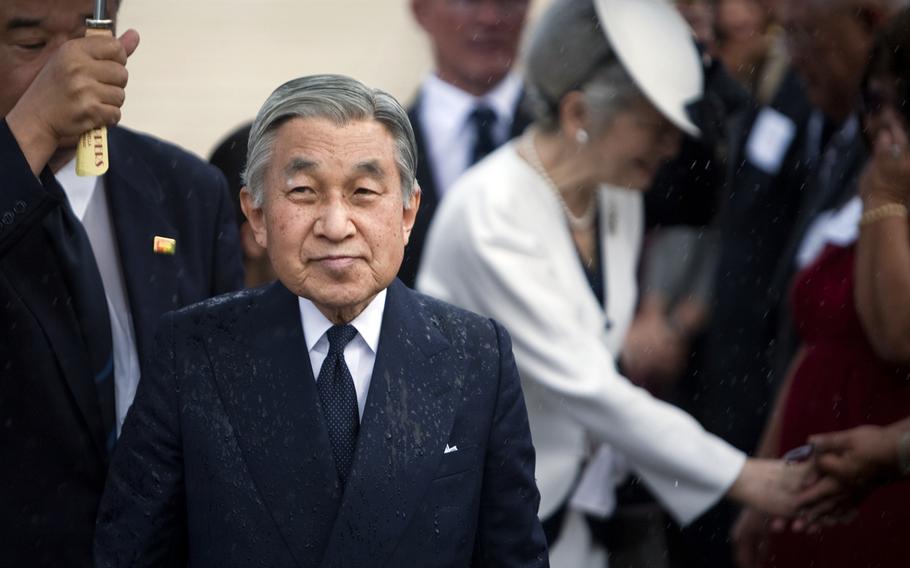 Japanese Emperor Akihito, pictured here in 2009 at the National Memorial Cemetery of the Pacific, is expected to abdicate his throne May 1, 2019. His son, Crown Prince Naruhito, is slated to succeed him. (Courtesy of U.S. Marine Corps)

President Donald Trump and first lady Melania Trump will be the first state guests of the new Japanese emperor after he takes the throne next month, Japan’s government announced Friday.

On May 1, Crown Prince Naruhito is expected to succeed his father, Akihito, to become Japan’s 126th emperor and usher the new imperial era, which will be called Reiwa. The era name — announced April 1 — translates to “beautiful harmony.”

The president and his wife will be in Japan May 25-28 and will call on the new emperor and his wife, Masako, Japan’s Ministry of Foreign Affairs said in a statement.

“Their Majesties the Emperor and Empress will host a State Banquet in honor of the President and the First Lady,” the statement said. “Mr. Shinzo Abe, Prime Minister of Japan, will hold a meeting with President Trump.”

The visit will be an ideal opportunity for the two countries to advance Japan-U.S. relations, the ministry said.

“The Government of Japan sincerely welcomes the visit of the President and the First Lady,” the statement added.

It will be the president’s second trip to Japan. In November 2017, he met Abe in the capital and spoke to U.S. troops, civilians and families at Yokota Air Base in western Tokyo, the home of U.S. Forces Japan.

Trump is scheduled to be back in Japan the following month for the Group of 20 summit in Osaka, according to Reuters news agency.

Akihito took the throne in 1989 upon the death of his father, Emperor Hirohito, whose reign lasted more than six decades and was marked by imperial expansion, militarization, defeat in World War II and great post-war economic growth.