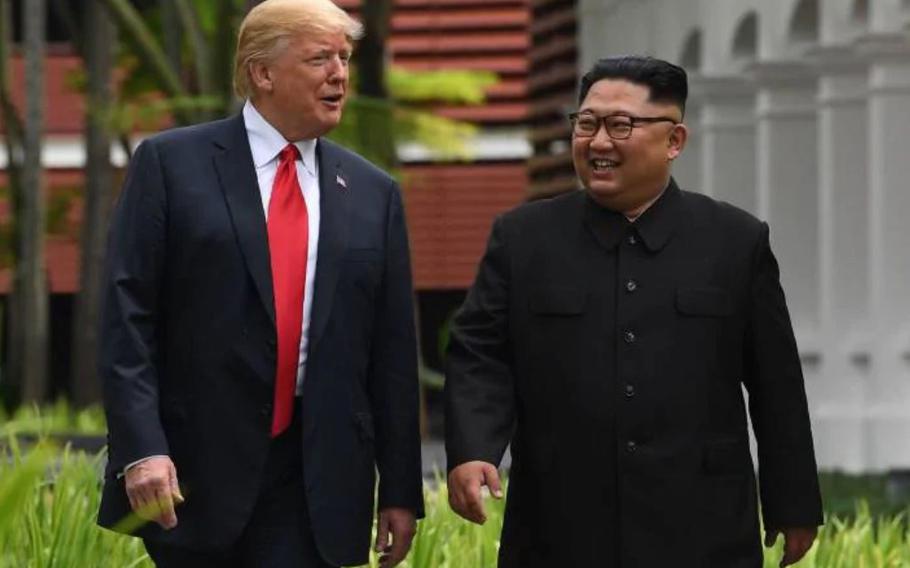 On Friday, Jan. 18, 2019, the White House announced a second summit between Kim Jong Un and President Trump at the end of February (Jason Aldag/The Washington Post)

SEOUL, South Korea — President Donald Trump’s plan to hold a second summit with North Korea’s leader at the end of the month in Vietnam raised hopes the two leaders will agree on concrete steps toward denuclearization.

Trump said during his State of the Union Address Tuesday in Washington, D.C. that he will meet with Kim Jong Un on Feb. 27-28 in Vietnam as his administration seeks to break an impasse in nuclear talks.

The summit will take place more than eight months after Trump and Kim met for the first time in Singapore, where the leaders agreed to a vague promise to work toward the “complete denuclearization of the Korean Peninsula.”

But the two sides have deadlocked over the details of how to do that, and the president will face pressure to deliver specific commitments from Kim this time.

The process has gained momentum in recent weeks. U.S. special envoy to North Korea Stephen Biegun traveled to Pyongyang on Wednesday to discuss summit preparations with his North Korean counterpart.

‘Suitable backdrop’South Korea, which has been thrust into the role of mediator, welcomed the announcement and expressed hope the leaders will take advantage of a second chance to agree on a roadmap for peace.

“The two leaders already took the first step toward shaking off the past 70 years of hostility in Singapore,” presidential spokesman Kim Eui-keum said. “We look forward to a more specific and substantial step toward progress in Vietnam.”

The spokesman also noted the symbolism of holding the summit in a communist country that overcame the legacy of a war with the United States to achieve prosperity.

“Vietnam and the United States used to point guns and knives at each other but have now become friends,” Kim told reporters Wednesday in Seoul. “We expect Vietnam to be a perfectly suitable backdrop.”

Trump insisted progress has been made, pointing to the North’s suspension of missile and nuclear tests after months of tensions that pushed the divided peninsula to the brink of a new war.

Trump also noted that the North had released American detainees as a goodwill gesture. “As part of a bold new diplomacy, we continue our historic push for peace on the Korean Peninsula,” he said.

“If I had not been elected president of the United States, we would right now, in my opinion, be in a major war with North Korea.”

“Much work remains to be done, but my relationship with Kim Jong Un is a good one,” he added. “And Chairman Kim and I will meet again on February 27 and 28 in Vietnam.”

Overcoming deadlockThe announcement had been widely expected. Trump has said he and Kim had agreed to meet in late February, but this was the first time he has confirmed specific dates and a venue.

He didn’t reveal which city would host the event, but media reports have narrowed down the likely locations to the central resort city of Danang or the capital of Hanoi.

Critics pounced on Trump’s claim that he had prevented a war, claiming he had stoked tensions by trading personal insults and threats of war with Kim before embracing the North Korean leader in a diplomatic offensive.

“That was a real eye-roller,” Senate Democratic leader Chuck Schumer told CNN. He said the president’s foreign policy was “inside-out” and consisted of “patting dictators on the back.”

The Singapore summit – the first-ever between the United States and the North – was filled with symbolism but focused on lofty goals with few details.

Director of National Intelligence Dan Coats also fueled skepticism when he told a Senate committee that Kim will seek to retain his nuclear weapons and production capabilities because he views them as critical to regime survival.

Possible compromise“What we need to see come out of the second summit are some concrete steps to build a track record of implementation and then to keep negotiating for bigger things,” said Jenny Town, a Korea specialist at the Washington-based Stimson Center.

The two sides have been deadlocked over the approach to denuclearization, with Washington insisting it will maintain punishing economic sanctions until an agreement is reached. The North wants a reciprocal process in which it is rewarded for steps already taken.

In a speech last week, Biegun raised the possibility of a compromise as he confirmed that Kim had committed to dismantle all plutonium and uranium fissile material production facilities if the U.S. takes corresponding measures.

Biegun said Washington was willing to discuss “many actions” and to move “simultaneously and in parallel” to entice the North to give up its nuclear weapons and improve relations.

“This is a step above and beyond what’s been done in the past,” Town said. “But the U.S. also has to play its part.”

Biegun and other administration officials insist that sanctions will remain in place until “final, fully verified denuclearization” is achieved.

But other steps could be taken to build trust, including the lifting of an American travel ban to North Korea and temporary sanctions relief in the form of U.N. exemptions to facilitate lucrative inter-Korean economic initiatives.

North Korea also may offer to destroy its main nuclear complex at Yongbyon for a U.S. promise to formally declare the end of the 1950-53 Korean War. The fighting that pitted the U.S. and South Korea against the communist-backed North concluded with an armistice instead of a peace treaty.

An end-of-war declaration would be largely symbolic but would be a good starting point, experts said.

“I think Trump’s got to go in there with the willingness to give something,” said Daniel Davis, a senior fellow with the Washington, D.C.-based think tank Defense Priorities. “One of the things that we can offer relatively early in the process is a resolution of the Korean War,” he added. “Once you have peace established then denuclearization is a realistic process.” 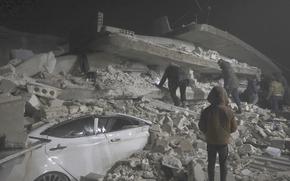