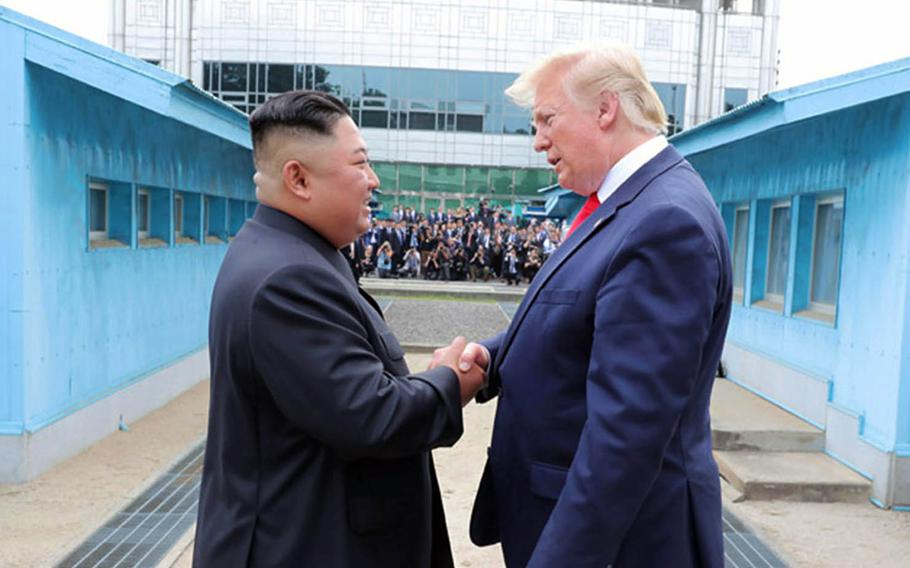 SEOUL, South Korea — Tours to the truce village that straddles the border with North Korea, which have been suspended for about a year due to concerns about African swine fever and the coronavirus, may resume soon, the U.S.-led United Nations Command said Monday.

The Joint Security Area is the only point in the buffer zone that divides the peninsula where North Korean and U.N. troops come face to face.

Tours to the area, which is in the heart of the Demilitarized Zone and includes the iconic blue building where the armistice that ended the 1950-53 Korean War was signed, have been extremely popular.

Authorities began limiting civilian access to the JSA and other points in the 155-mile long, 2.5-mile wide DMZ in September 2019 to prevent the spread of African swine fever after wild boars were found dead with the disease. The coronavirus pandemic further complicated efforts to reopen the area.

Citing “the successful containment efforts and the reduced number of infected swine in the region,” the command said it has agreed with the South Korean government that the area may be reopened.

Gen. Robert Abrams, who leads the U.N. Command and U.S. Forces Korea, has authorized the resumption of tours as part of its education and orientation program at the JSA, according to a press release.

The U.N. Command, which oversees the area under terms of the armistice that ended the 1950-53 Korean War, said it is preparing for the formal restart including the implementation of coronavirus prevention measures and will soon announce the reopening date to the general public.

“UNC will continue to work with the [South Korean government] as they monitor African swine fever and COVID-19 conditions to ensure all necessary mitigation measures are in place to preserve the health and safety,” of visitors, the command said. COVID-19 is the respiratory disease caused by the coronavirus.

Panmunjom has played a key role in inter-Korean peace negotiations and U.S.-led efforts to persuade the North to abandon its nuclear weapons program.

It was the site of a historic inter-Korean summit in 2018 as well as an impromptu meeting between President Donald Trump and North Korean leader Kim Jong Un last year when Trump became the first sitting U.S. president to step into the communist state.