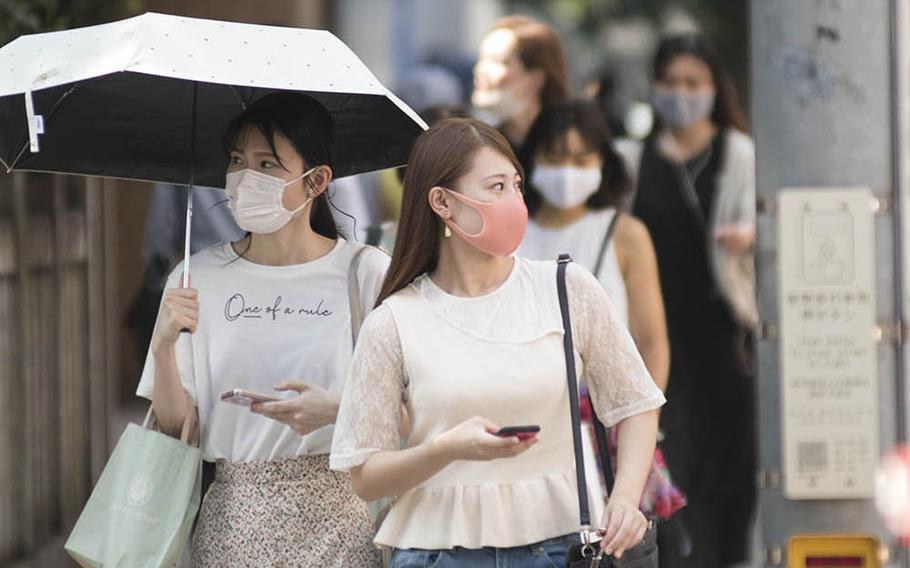 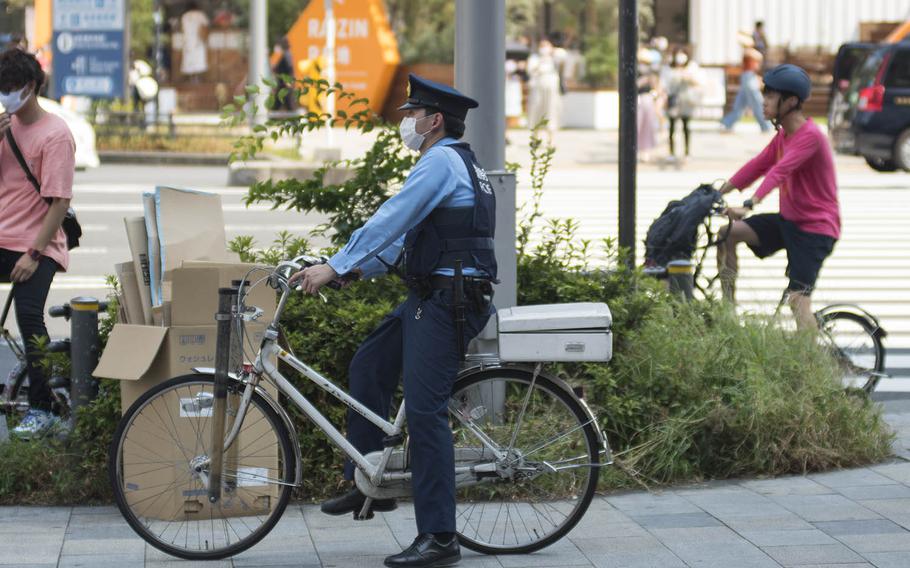 YOKOSUKA NAVAL BASE, Japan —— New coronavirus cases in Japan’s capital city fell to 161 on Monday, the first working day after a four-day holiday called Obon, while the premier U.S. naval base in Japan reported a dozen infections.

The daily record so far is 472 on Aug. 1, according to the Tokyo Metropolitan Government.

Previously, the city reported dips in post-holiday case numbers, only to see them rise again later in the week as more tests were administered. The seven-day moving average of new cases in the city is trending downward, however, according to metro government data.

Yokosuka Naval Base, home of the U.S. 7th Fleet southwest of central Tokyo, on Monday announced 12 new infections, its largest increase since July 21, when it started reporting case numbers.

One of those patients, a new arrival to Japan, showed symptoms of COVID-19, the respiratory illness caused by the coronavirus, while in mandatory isolation, according to a post on the base Facebook page. The remaining 11 had close contact with someone previously infected and were also moved into quarantine.

The base has 35 active cases, according to the post.

On Aug. 10, Yokosuka increased its risk level for further spread of the virus to substantial – Health Protection Condition-Charlie, in military terms – following a burst of six new cases.

The neighboring city of Yokosuka reported 14 infections over the weekend, according to the city’s website.

On Okinawa, the Marine Corps on Monday reported no new cases after announcing four there on Saturday and Sunday.

More than 200 people infected in cluster outbreaks at two Okinawa Marine bases have been cleared of the virus, a spokesman Marine Corps Installations Pacific spokesman said via email Monday.

He said the Marines’ most recent 10 cases were discovered by testing people before they exited the isolation period required of all new arrivals.

In early August, Kunze said that most cases associated with the clusters at MCAS Futenma and Hansen began with new arrivals to Okinawa, prior to the start of mandatory exit testing. After the outbreaks began, people in quarantine had to test positive before being released.

“Our enhanced protective measures will remain in place to help us hold the line on the community spread that is a risk to everyone, both on and off base,” Kunze wrote Monday. “We don’t anticipate easing restrictions until cases off base begin to trend downward.”

As of noon Sunday, 21 people are in critical condition with the virus of 337 hospitalized, the prefecture reported.

The prefecture on Monday added two employees at U.S. military bases to its case tally, one each at Kadena Air Base and an Army refueling facility, for a total of 13 base employees with the virus.

The Japan Ministry of Defense Joint Staff on Monday announced on Twitter that self-defense forces will support Okinawa by providing medical teams, doctors and nurses, patient transportation and supplies, along with educating local assembly officials about the coronavirus prevention if Okinawa Gov. Denny Tamaki requests it.