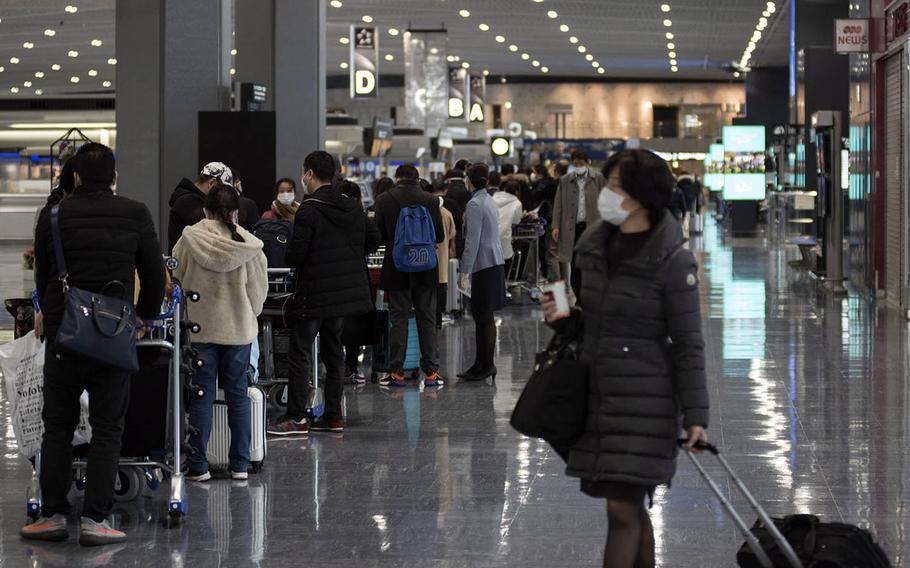 TOKYO – The number of one-day coronavirus infections in Tokyo dropped to its lowest figure in more than a month Monday, although the government is likely to extend a state of emergency there and in Osaka, public broadcaster NHK reported.

The Tokyo Metropolitan Government announced 393 new infections Monday, according to NHK. That’s the lowest figure since Dec. 21, also a Monday, when the city reported 392 new cases. The daily count had stood above 500 since Dec. 29.

Monday figures are typically low because many testing facilities in the city are closed over the weekend.

NHK reported that the national government on Monday agreed to consult with its panel of experts on extending the state of emergency that expires Thursday in the Tokyo and Osaka areas. The government declared the emergency in Tokyo and three surrounding prefectures Jan. 8 and in seven more prefectures a week later.

Under the emergency, businesses are asked to close earlier, workers to telework and residents to avoid travel outside the area. The measures are largely voluntary.

Though new case numbers are falling in Tokyo, medical facilities are still strained and the proportion of elderly residents at risk is increasing, according to NHK.

About 26 miles southwest of Tokyo, Naval Air Facility Atsugi reported one new coronavirus case Monday, an individual already in quarantine after contact with another infected person, base spokesman Sam Samuelson told Stars and Stripes by phone. The base is monitoring 12 patients.

Sasebo Naval Base on Kyushu island had one person test positive on Saturday, according to a Facebook post. The individual, who recently arrived in Japan, came up positive on the test required to exit quarantine. The base is monitoring three patients.

South Korea on Sunday reported 285 newly infected individuals, 104 of them in Seoul and 89 in Gyeonggi province, home to Camp Humphreys, the largest U.S. base in the country.

USFK said a “Department of Defense dependent” who lives in Seoul and has access to Yongsan Garrison tested positive Friday before exiting quarantine, according to a Monday news release. The individual remains in isolation at Humphreys.

USFK said another 13 people arriving in South Korea tested positive for COVID-19, the coronavirus respiratory disease, between Jan. 15 and Friday, according to another release Monday.

One service member and a dependent arrived Wednesday at Osan Air Base aboard the Patriot Express, a government-chartered air passenger service. Ten service members and one civilian arrived at Incheon International Airport aboard commercial flights on Jan. 15, 19, 24, 26, Thursday and Friday.

The U.S. military in South Korea has reported 675 coronavirus cases during the pandemic, only 76 of whom were infected locally.