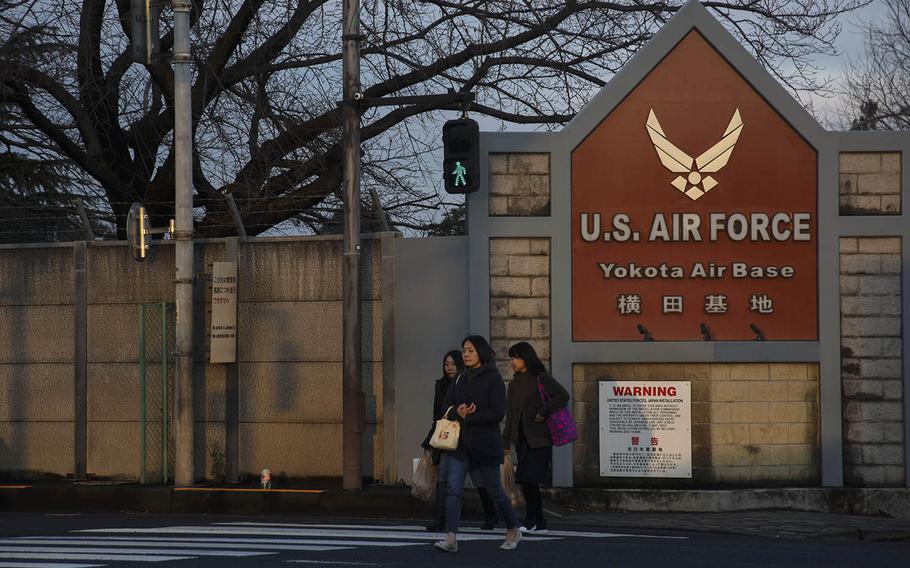 TOKYO – The U.S. military in Japan as of 6 p.m. Tuesday reported 13 individuals newly infected with the coronavirus.

Yokota Air Base, headquarters in western Tokyo of U.S. Forces Japan, reported seven patients tested positive between Friday and Monday. Six were already quarantined, according to a base Facebook post.

Three were tested by Japanese health authorities when they arrived at Narita and Haneda international airports near Tokyo; three more were isolated on base as close contacts of infected patients previously identified, according to the post.

The remaining patient “was identified and quarantined” by public health authorities on the air base, which provided no further information.

The U.S. military in Japan does not typically identify patients as service members, Defense Department civilian employees or family members.

Tokyo on Monday announced 352 newly infected coronavirus patients, a precipitous drop in daily case numbers from a record high of 584 on Saturday, according to public broadcaster NHK and Tokyo Metropolitan Government data. The number of cases reported daily typically falls early in the week because many testing facilities are closed on weekends, according to NHK.

More than 400 people on average are infected each day in Tokyo, according to the seven-day moving average calculated by the metro government.

All or parts of the Tokyo metro area are off-limits to most U.S. military personnel, including civilians.