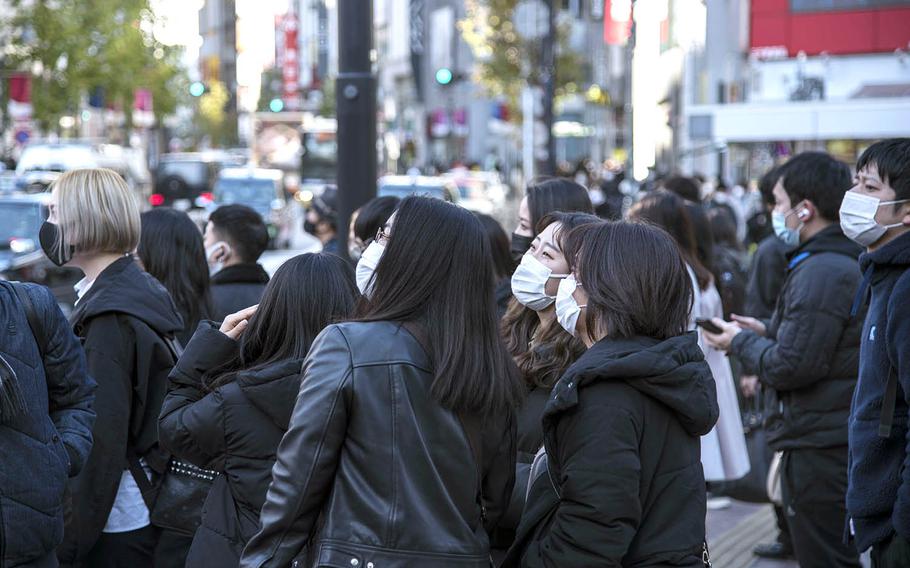 TOKYO – The U.S. military in Japan reported three new coronavirus cases as of 6 p.m. Thursday as the capital city went a fifth day with fewer than 500 newly infected people.

The Tokyo Metropolitan Government reported another 434 people with the coronavirus, 57 more than the previous day, according to public broadcaster NHK and metro government data.

The city has passed five days with new patients numbering less than 500 each day. The rolling seven-day average stands at 508 people in the city contracting the virus each day.

Of U.S. military installations in the country, only Kadena Air Base on Okinawa and Naval Air Facility Atsugi outside of Tokyo reported new infections.

At Kadena, one person tested positive this week before exiting quarantine after recent travel outside Japan, according to a Facebook post Thursday. At NAF Atsugi, two individuals who had close contact with previously infected people tested positive Thursday, base spokesman Sam Samuelson said.

As those infected from viral surge that started in mid-December recover, the number of COVD-19 patients at NAF Atsugi has fallen from 12 cases to two since Feb. 1, Samuelson said. COVID-19 is the respiratory disease caused by the coronavirus.

The remaining U.S. installations in Japan were silent Thursday, except to update a loosening of restrictions on permitted travel areas or progress on vaccinating their people against COVID-19.

Yokota Air Base on Wednesday reported no new coronavirus cases on the base between Saturday and Tuesday, according to a Facebook post. The base has three patients under observation.

A U.S. service member at Camp Humphreys tested positive for COVID-19 on Wednesday during a medical screening, according to a a U.S. Forces Korea news release. USFK and South Korean health authorities are tracing the soldier’s contacts, the command said Thursday.

South Korea reported 504 individuals tested positive for COVID-19 on Wednesday, a fourth day of increases from a daily low of 288 on Monday, according to the Central Disease Control Headquarters and Word Health Organization.

U.S. Forces Korea reported no new infections Thursday but Wednesday said a report Feb. 4 of a service member infected by the coronavirus was a false positive.