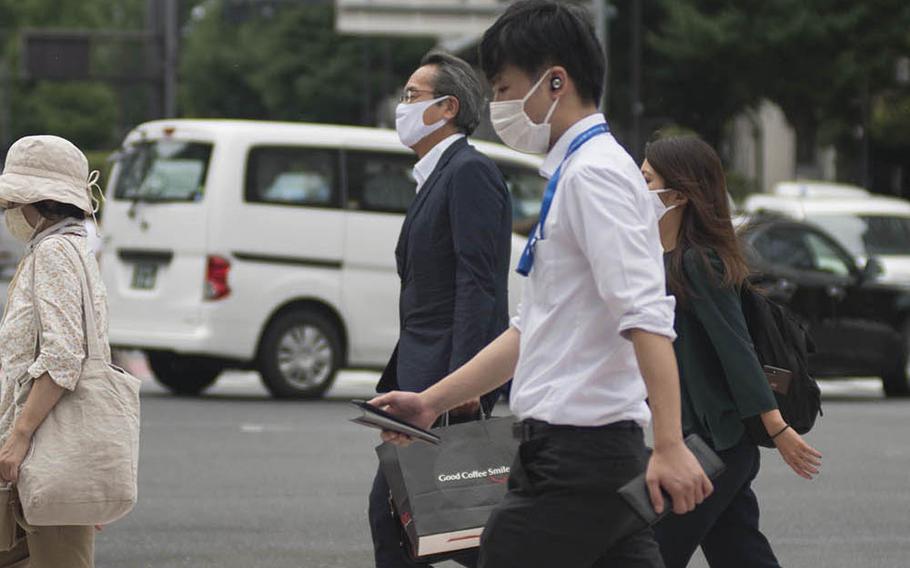 TOKYO — The U.S. military in Japan reported four new coronavirus cases Thursday while the nation’s capital continued to experience a surge in infections.

Tokyo reported 206 new cases in the city on Thursday, the second consecutive day of more than 200 infections, according to public broadcaster NHK, citing the Tokyo Metropolitan Government. Thursday was the first day of Obon, a traditional Buddhist holiday that typically involves traveling to one’s hometown.

However, the Tokyo government asked metro residents to refrain from going outside the prefecture during the four-day weekend, NHK reported.

U.S. military installations in the country announced four new cases. Two were identified as U.S. Army Japan “community members” stationed in western Japan, and the others are at Misawa Air Base in northern Japan and Camp Courtney on Okinawa.

One of the U.S. Army Japan patients has been quarantined since July 29, after a family member tested positive, according to a statement issued by the command Thursday evening. The other has been in isolation since July 27 due to contact tracing from another case.

The new patient at Misawa Air Base is a person who has been in quarantine since arriving in Japan on a government-chartered flight, according to a Facebook post by the air base. The U.S. military requires a two-week stay in isolation for new arrivals or travelers returning to Japan. They also must test negative before leaving isolation.

The case reported Thursday had no contact with anyone in the local community or on the base, according the Facebook post. Misawa has two active cases.

On Okinawa, the Marines reported another new case Thursday stemming from a cluster outbreak at Camp Courtney, Marine Corps Installations Pacific announced on its Facebook page.

The new case arose while the individual was quarantined as a close contact of another infected person, according to the post.

The U.S. military in Japan typically does not identify the new cases as service members, civilian employees, contractors or family members. Okinawa prefecture, also experiencing a second wave of coronavirus infections, reported 97 new cases on Thursday, Gov. Denny Tamaki said during a press conference. That’s the highest since 159 cases were reported Sunday. The number of new cases during the week ranged from 52 to 65 per day.

A state of emergency Tamaki declared on July 31 has been extended until Aug. 29. The infection rate on Okinawa is the highest per capita in the country, he said.

Tamaki asked Okinawans to stay home, especially after 10 p.m. and to refrain from visiting bars and nightclubs. He did not discourage tourists from coming to the island, where tourism is a mainstay in the local economy, but asked them to use discretion if they choose to visit.