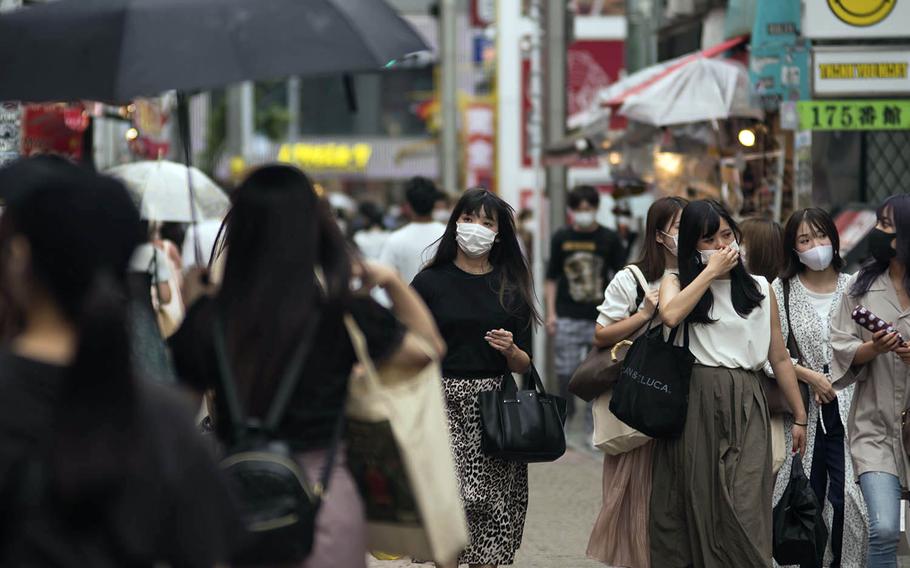 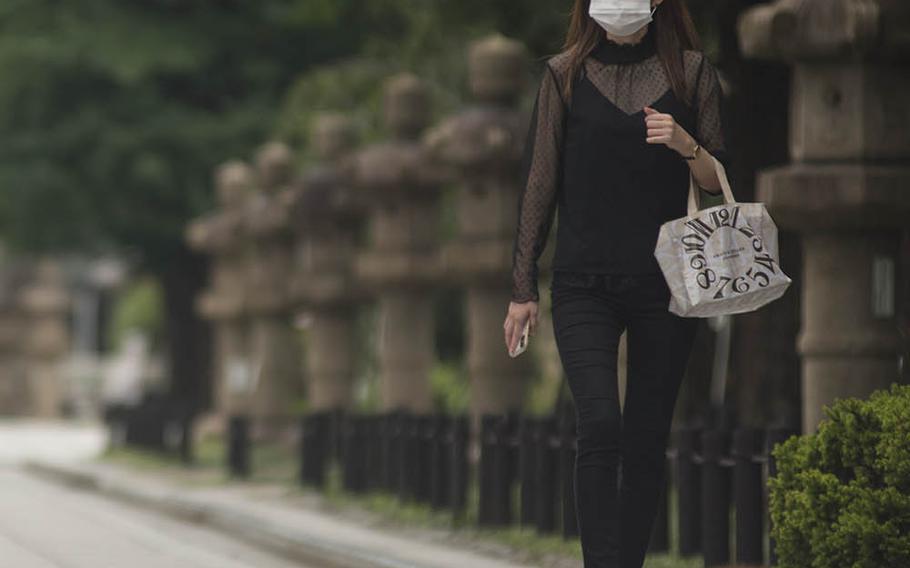 Across Japan, a surge in new cases swept from Tokyo west through Aichi prefecture to Osaka, Japan’s third largest city, to Fukuoka prefecture on the island of Kyushu. To the south, Okinawa also reported a record one-day total for a fifth day in a row.

U.S. military bases in Japan, by contrast, were quiet Friday. The Air Force reported five new cases at two of its bases: three on Okinawa and two in western Tokyo.

Cases in Tokyo have been on the rise since a nationwide state of emergency was lifted at the end of May. Koike said the recent spike is the result of increased testing this week. She said fewer people were tested over the four-day holiday weekend that started July 23.

Tama includes Yokota Air Base, headquarters of U.S. Forces Japan, the 5th Air Force and 374th Airlift Wing. The base on Thursday reported two more coronavirus cases. A news release provided no further details on those individuals but said they tested positive the day before.

“The patients are currently in isolation under medical supervision by U.S. medical military providers,” it said.

"Seventy percent of the cases are people in their 30s or younger and 90% are from south to central areas of Okinawa," he said.

Also Friday, Kadena Air Base on Okinawa announced three new infections. One person tested positive at the end of a two-week period of restriction required of new arrivals and had no outside contacts, according to a post on the base Facebook page.

Air Force Brig. Gen. Joel Carey, commander of Kadena's 18th Wing, ordered further restrictions to base access and reaffirmed restrictions for on- and off-base activities, a subsequent Facebook post said. Kadena is now off limits to non-mission-essential visitors and Japanese employees. Health screenings for anyone entering the base will begin Monday.

Marine Corps bases on Okinawa on Friday reported no new cases for a third day this week, further sign that an outbreak among the Marines that started July 7 is slackening. The outbreak, in clusters at two Marine bases, accounted for more than 200 infections.

Back in Tokyo, Koike urged restaurants serving alcohol and bars and karaoke shops to limit their business hours to between 5 a.m. and 10 p.m. beginning Monday until Aug. 31 and offered to pay 200,000 yen – about $1,900 – to those that cooperated.

She also urged residents to patronize restaurants and bars that display a sign showing they are following guidelines set by the Tokyo Metropolitan Government.

However, Koike said, Tokyo may consider issuing its own state of emergency if the situation worsens.