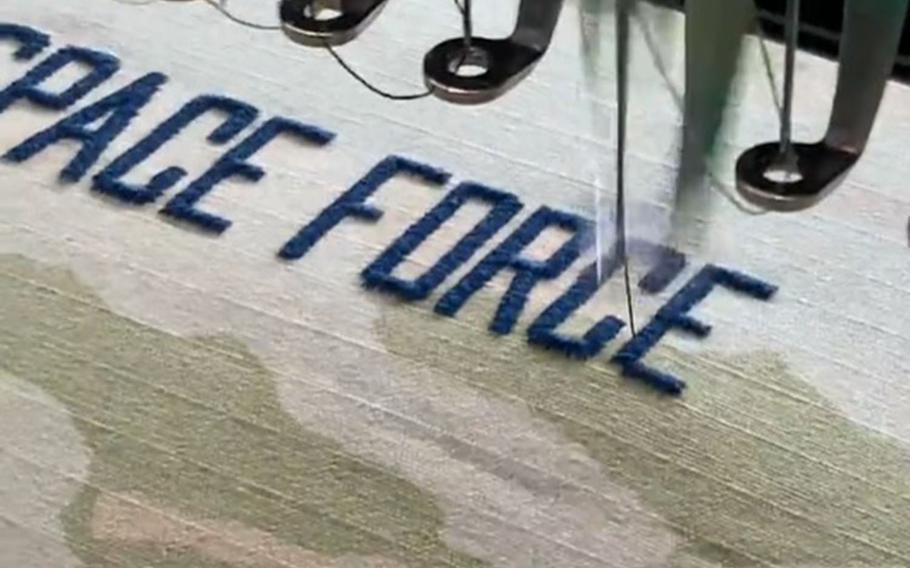 The U.S. Space Force chief of space operations, Gen. John Raymond, participates in a virtual fireside chat with the Center for a New American Security at the Pentagon, July 24, 2020. (Lisa Ferdinando/Defense Department)

YOKOTA AIR BASE, Japan — The U.S. Space Force will soon have personnel in Japan, a local space expert predicts, following the first-ever visit by a commander of the new service branch to Tokyo.

There weren’t any Space Force troops in Japan for Raymond to visit; however, Tatsuki Matsui, a professor of math, physics and statistics and Temple University’s Japan Campus in Tokyo, thinks there will be in the near future.

“It will happen pretty soon because the threat is growing at an increasing speed,” Matsui, who studies interplanetary satellite propulsion, said in an email Thursday.

Japan is threatened by multiple neighboring countries and ballistic missiles are the major concern, he said.

North Korea has conducted numerous missile tests, including firing intercontinental ballistic missiles over Japan in recent years, while China has built a vast missile arsenal that experts believe is homed in on U.S. military bases in Japan.

Abe and Raymond discussed strengthening cooperation between the Space Force and the Japan Air Self-Defense Force’s Space Operations Squadron, along with plans by the United States to send astronauts back to the moon by 2024, Japan’s Foreign Ministry said in a news release.

Japan stood up the squadron in May with 20 members. Its mission involves keeping tabs on threats to Japanese satellites such as meteorites and space junk.

“Its role is expected to expand in the near future,” Matsui said.

The U.S. Space Force was established Dec. 20 with a force of 16,000 military and civilian personnel, as part of the National Defense Authorization Act for Fiscal Year 2020. The Pentagon’s first Space Force budget proposal calls for $15.4 billion in 2021.

Raymond, during his Air Force career, was stationed at Yokota in western Tokyo from 2010 to 2012. He served there as vice commander of 5th Air Force and deputy commander of 13th Air Force, which inactivated and merged with Pacific Air Forces in September 2012, according to his official biography.

He said participating in Operation Tomodachi after the devastating 2011 earthquake and tsunami in the country’s northeast, made him realize how strong the U.S.-Japan alliance is after Abe thanked him for U.S. Forces Japan’s rescue and support efforts, according to the Foreign Ministry statement.

He told Abe, during their meeting, that the U.S. considers Japan its most important partner in outer space, the statement added.

Securing the space domain near and over Japan would be the most important activity in the nation’s defense, said Matsui, adding that the Japan Self-Defense Force will likely expand its efforts in space in the near future.

“Combined with their high-quality manufacturing capability and mastery in electrical engineering, I think Japan can make a unique contribution to helping to build the U.S. Space Force,” he said.