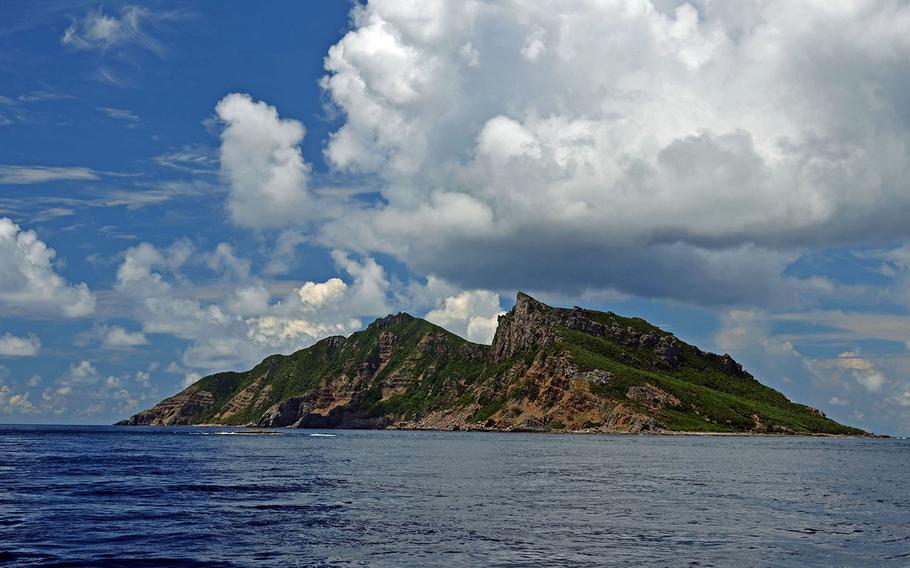 In 2020, Chinese vessels made a record 333 trips into the area around the Senkaku Islands that Japan claims as its contiguous waters, according to the Japan Coast Guard. (Cabinet Secretariat of Japan)

The comments about the Japanese-controlled Senkaku Island chain came during a maritime security videoconference between senior diplomats from both countries, a spokesman from Japan’s Foreign Ministry told Stars and Stripes by phone Thursday.

Japan urged China to halt incursions into Japanese waters and to stop harassing Japanese fishing boats in the area, the spokesman said.

The Chinese delegation spoke from “their own perspective,” but the Japanese spokesman declined to provide specifics. Government spokespeople in Japan traditionally speak on condition of anonymity.

Taiwan and China both claim the uninhabited chain about 280 miles west of Okinawa that Beijing refers to as Diaoyu Dao.

“We thought because of what happened in the Senkaku Islands’ region last year, it is a good time to have a talk between both countries, director to director, even via videoconference,” the spokesman said.

This meeting followed a similar videoconference Dec. 14 between the defense ministers of the two neighboring nations, according to statements by the ministers’ offices. Japanese Defense Minister Nobuo Kishi “firmly” delivered Japan’s position over sovereignty of the islands and urged China not to escalate tensions.

Last year, Chinese vessels made a record 333 trips into the area around the Senkakus that Japan claims as its contiguous waters, exceeding the previous year’s record of 282 trips, according to the Japan Coast Guard website.

The Chinese stayed in those waters a record 111 consecutive days last year while periodically harassing Japanese fishing boats, according to the coast guard.

So far this year Chinese vessels have trespassed in Japan’s territorial waters on three separate days and traversed its contiguous waters on 14 days, according to the coast guard. The latest incursion occurred from Jan. 13–15.