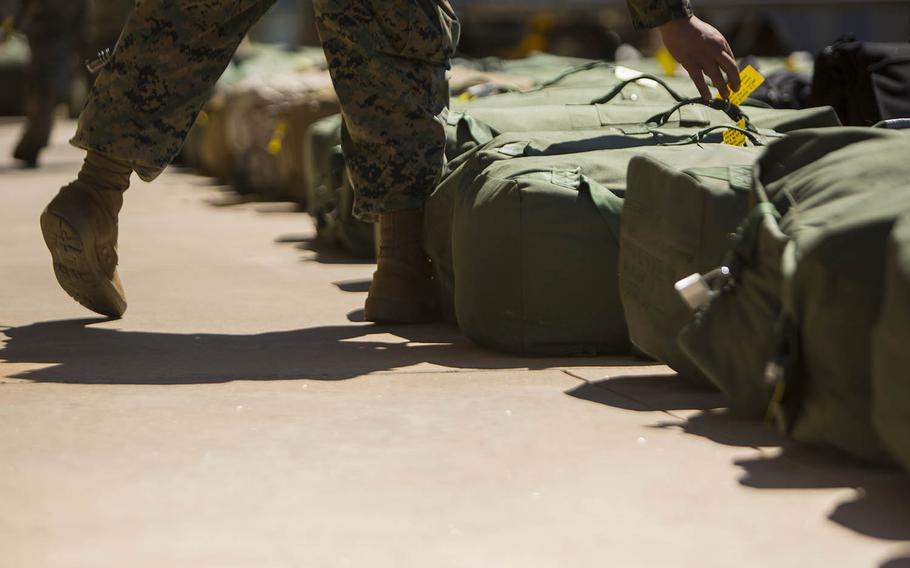 Marines arrive at a Royal Australian Air Force base in Darwin, Australia, for a rotation Down Under, April 12, 2019. (Jordan Gilbert/U.S. Marine Corps)

The Marine Corps is delaying the deployment of thousands of Marines to northern Australia for a six-month rotation starting in April due to travel restrictions associated with the coronavirus, U.S. officials said Monday.

The Marines had planned to push ahead with the mission, known as Marine Rotational Force-Darwin, by isolating troops in their barracks during their first 14 days Down Under.

“In cooperation with the Australian government the MRF-D 2020 rotation is delayed at this time due to concerns over COVID-19, and we agree that force protection must be a top priority for both countries as we continue to fight the virus,” Marine Corps Forces Pacific commander Lt. Gen. Lewis Craparotta said in a statement Monday.

The U.S. remains committed to its defense treaty with Australia, he said.

The deployment was to have involved 2,500 Marines. Some elements arrived in Darwin in March, Australian officials said in an email Friday.

“All members of these elements have conformed with Australian Government and Northern Territory protocols in place at the time of their arrival, including 14 days in quarantine on Defence premises, away from the public,” the Australian Department of Defence officials said.

Before they departed the U.S., the Marines were subject to a range of medical precautions, including daily temperature checks over four days prior to departure and pre-deployment medical screening, the officials said.

The Marine Corps is prepared to conduct the deployment later this year if the situation permits, keeping within health and force protection concerns. The changes to this year’s deployment do not change the plans for those in subsequent years, the Marines’ statement said.