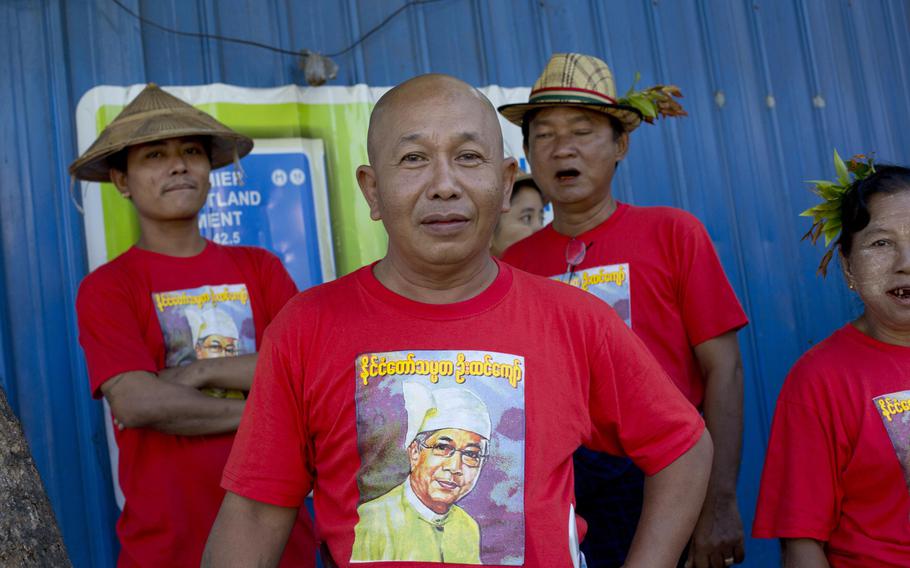 Supporters of the National League for Democracy party wearing T-shirts featuring new President Htin Kyaw wait to cross a main road to go to Buddhist monastery for praying, in Yangon, Myanmar, Thursday, March 31, 2016. The party of Aung San Suu Kyi submitted a proposal to parliament on Thursday to create a new position for her as "state adviser," which would allow her to have a powerful hand in running Myanmar. (Gemunu Amarasinghe/AP)

YANGON, Myanmar — The party of Aung San Suu Kyi submitted a proposal to parliament on Thursday to create a new position for her as "state adviser," which would allow her to have a powerful hand in running Myanmar.

One lawmaker from her National League for Democracy party described the position as "the president's boss," indicating that Suu Kyi's party is helping her to achieve a pledge she has repeatedly made to be above the president, who is her confidant.

The move marked the first legislative act of Myanmar's new government, which took office a day earlier to become the first democratically elected government after more than 50 years of military control.

Suu Kyi, the Nobel laureate who had endured decades of house arrest and harassment by military rulers then led her party to a landslide win in November elections, could not become president because of a junta-era constitution crafted to keep her out of the post. But she had repeatedly said she will run the country from behind the scenes.

Some critics had questioned the legality of Suu Kyi circumventing the constitution to exercise control. But the new draft law would give her legal authority to hold a powerful role in decision making, said Khin Maung Myint, an NLD lawmaker in the upper house.

"President Htin Kyaw has the right to propose the law to appoint a 'state adviser,' which is someone who can control the president and all the Cabinet members," he said, referring to the job as "the president's boss."

Suu Kyi's party controls both houses, and the draft law was expected to pass, he said.