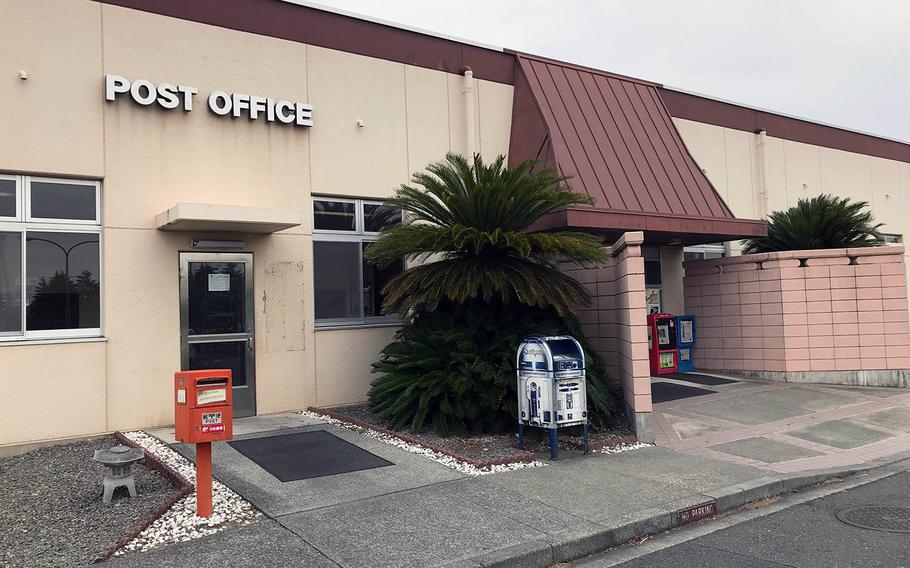 A suspicious package prompted security forces to cordon off streets near the post office at Yokota Air Base, Japan, Wednesday, May 8, 2019. (Allen Onstott/Stars and Stripes)

YOKOTA AIR BASE, Japan — Security forces cordoned off the post office at the home of U.S. Forces Japan for several hours Wednesday while they investigated a suspicious package.

Emergency procedures were initiated at about 5 p.m. by someone at the Yokota post office who observed suspicious markings on the package, 374th Airlift Wing spokeswoman Kaori Matsukasa said in an email Thursday.

“Explosive ordnance experts checked the package and declared it safe,” she said. “At approximately 9:30 p.m. the suspicious package emergency was terminated and post office operations have returned to full service today.”