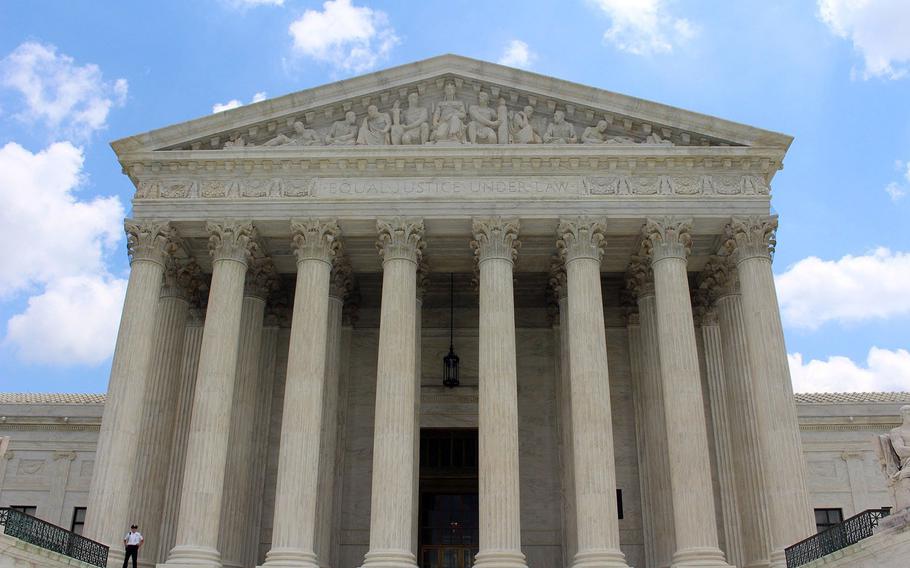 Guam's quest to get the Navy to help pay a $160 million bill to clean up Ordot Dump has reached the U.S. Supreme Court. (Pixabay)

The U.S. Supreme Court will hear arguments this spring in Guam’s quest to get the Navy to help pay to clean up a dump the service used for three decades, the court announced Friday.

The case, filed in 2017, says the Navy should foot the $160 million bill to remediate Ordot Dump – or "at least pay its fair share of the cleanup costs," according to court documents.

The landfill, which leaked waste into the Lonfit River and two of its tributaries, was under Navy and U.S. government supervision before World War II until it was given to Guam in the early 1970s.

The United States in 2002 sued Guam under the Clean Water Act to have Ordot cleaned, according to court documents. The parties settled in 2004, leaving Guam to pay a penalty, design and install a cover and close the dump. Cleanup began in 2013, when Ordot closed.

Guam’s lawsuit argues the Navy should help pay for the cleanup and fixing the environmental damage, “which included capping the landfill, installing stormwater management ponds, discharge water storage tanks and a sewer line,” Stars and Stripes reported in March 2017.

“Guam is left on the hook for all of the costs – more than $160 million – of cleaning up a waste site that the United States Navy itself created and then used to dump toxic wastes for decades going back to World War II,” according to Guam’s petition in October to the Supreme Court.

“That figure is a staggering sum for the people of Guam, alone comprising nearly a fifth of its total annual budget,” it continued. “Meanwhile, the United States, which indisputably is a responsible party, gets off scot-free.”

Guam brought the suit under the Comprehensive Environmental Response, Compensation and Liability Act, “which allows parties to recover remediation costs from other responsible parties within six years of the initiation of a remedial action,” according to the petition.

A federal district court in Connecticut ruled the suit could proceed, a decision reversed by the appellate court in Washington, D.C. The appellate court ruled that the 2002 settlement between Guam and the U.S. triggered a provision in the Clean Water Act that reduced the statute of limitations from six to three years.

Guam turned to the Supreme Court to decide whether the settlement triggered that provision.

“We are pleased that the Supreme Court has agreed to hear this case,” Guam Attorney General Leevin Taitano Camacho said in a statement Friday. “This shows that issues are significant locally and nationally and we look forward to presenting our arguments to the court.”

The Supreme Court accepts less than 1% of cases submitted for review – about 70 of the 7,000-8,000 petitions filed annually, according to Camacho’s statement. Arguments are expected to begin in April.