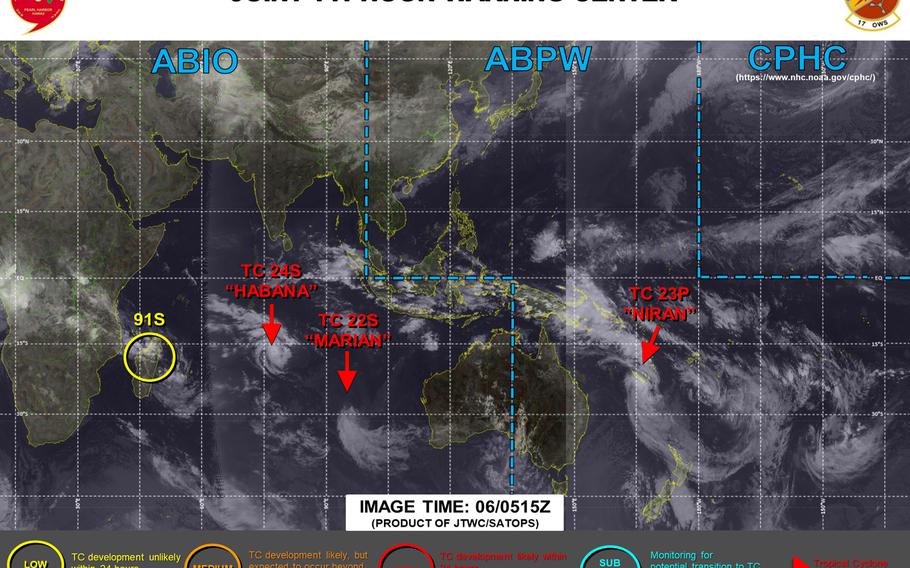 Niran weakened some as it skirted the south coast of New Caledonia on Saturday, but still lashed the island with 115-mph sustained winds and 145-mph gusts, passing just south of Noumea, about 915 miles east of Brisbane, at about 8 p.m. Saturday.

Niran joins Cyclone Yasa in December as two tropical systems that peaked at Category 5-equivalent strength, and is the third such storm in the past five years, joining Cyclone Winston in 2016. Winston and Yasa each battered Fiji with devastating winds and massive flooding.

It’s a rather busy time for cyclones in both the South Pacific and the Indian Ocean: The remnants of Cyclone Marian are dissipating about 1,150 miles west of Learmonth, Australia, while Cyclone Habana, some 730 miles south-southeast of Diego Garcia, is packing 145-mph sustained winds and 175-mph gusts.