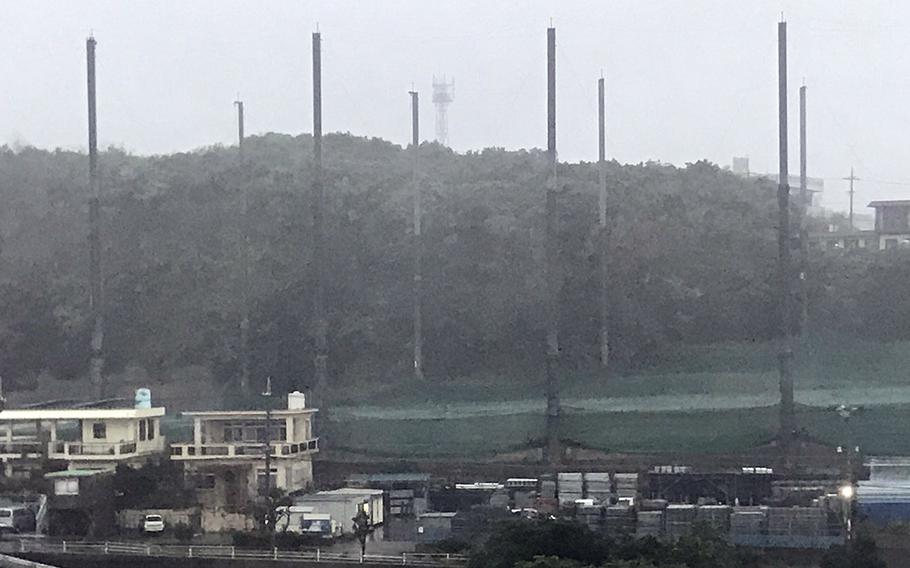 Buy Photo
Heavy rain falls in Uruma City on Okinawa's east side as a sub-tropical low passes Thursday, Feb. 11, 2020. A heavy rain warning was in effect until 11:30 p.m., perhaps beyond, according to Air Force weather officials. (Dave Ornauer/Stars and Stripes)

6 p.m. Thursday, Feb. 11, Japan time: It’s not a typhoon, but a sub-tropical low moving south of Okinawa is giving the island some heavy rain and severe winds, forecast to last late Thursday evening and perhaps into Friday morning.

The Okinawa highways remain open, but with reduced speed limit; that could change. And the weather is affecting flights into and out of Naha Airport; it’s not immediately known how many.

The heavy rain began falling about 3 p.m. Thursday. According to Kadena Air Base’s 18th Wing Weather Flight, a heavy-rain warning is in effect through 11:30 p.m., and if needed, that could be extended. Between 2 to 4 inches of rain are expected.

At 5:30 p.m., Kadena was experiencing 30-mph sustained winds with gusts between 40 and 46 mph. From about 8 p.m., that’s expected to increase to 35-mph sustained, with 46- to 52-mph gusts through early Friday morning, decreasing gradually from there.