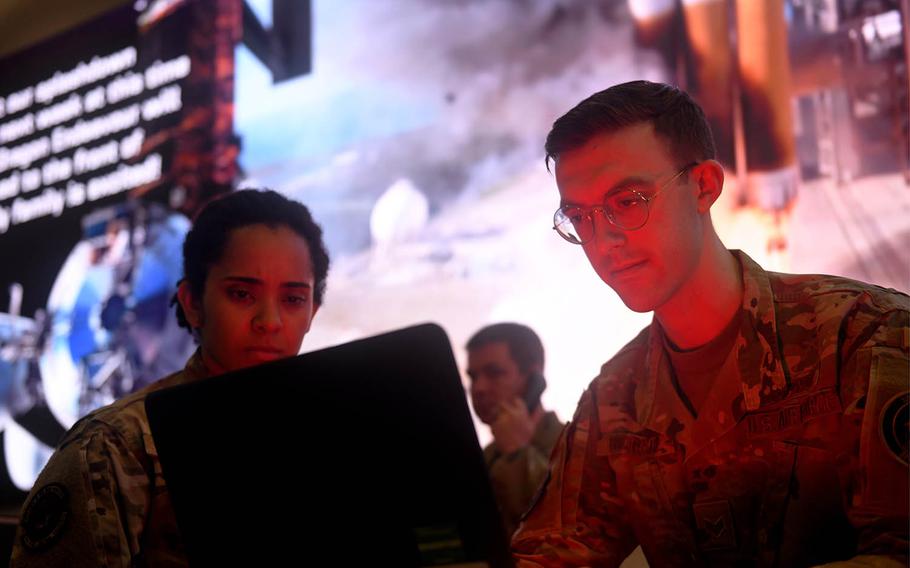 Where the debris will land will remain unknown until shortly before it crashes, the Pentagon said Tuesday.

The out-of-control space junk was part of the core launch stage used by China to propel the Long March 5B rocket into space on April 29.

“U.S. Space Command is aware of and tracking the location of the Chinese Long March 5B in space, but its exact entry point into the Earth’s atmosphere cannot be pinpointed until within hours of its reentry, which is expected around May 8,” Mike Howard, a Pentagon spokesman, said in a statement Tuesday.

The 18th Space Control Squadron is posting daily updates about the rocket body’s location on space-track.org, the public-facing website that provides information on all satellites and debris orbiting the planet. The site provides data on objects as small as a softball.

The 18th Space Control Squadron at Vandenberg Air Force Base, Calif., tracks more than 27,000 man-made objects in space, most of which are in low-earth orbit, Howard said in the statement. The objects “can be potential threats to spaceflight safety and the space domain,” he said.

The launch was just one in a series China is conducting in an effort to build its own space station. The launch body measures roughly 100 feet long and 16 feet wide, according to a report posted Sunday on spacenews.com.

Most first-stage launchers fall back to the ground shortly after liftoff into predesignated crash sites, the report said. The falling debris thus represents “one of the largest instances of uncontrolled reentry of a spacecraft” onto the Earth’s surface.

China came under fire a year ago for a similar launch of a Long March 5B when debris from its core stage landed in Côte d’Ivoire in Africa.

NASA Administrator Jim Bridenstine publicly criticized China’s handling of the launch at the time, according to spacenews.com.

“It flew over population centers and it reentered Earth’s atmosphere,” he said during a committee meeting, the site reported. “It could have been extremely dangerous. We’re really fortunate in the sense that it doesn’t appear to have hurt anybody.”