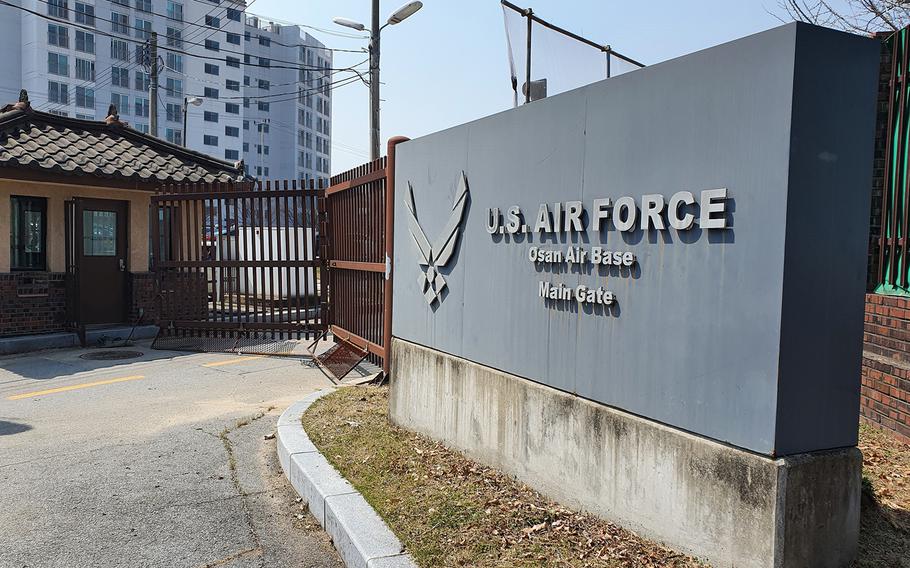 SEOUL, South Korea — A South Korean contractor who works at Osan Air Base tested positive for the coronavirus on Saturday, the U.S. military said, reporting its first local transmission in nearly five months.

The contractor, who last visited the base on Thursday, “was tested after a workplace exposure at his spouse’s place of employment,” which was not on Osan, U.S. Forces Korea said in a press release.

He has been directed to an isolation unit at a local hospital by the Korean Centers for Disease Control, and all of his known contacts were quarantined, it added.

U.S. and South Korean health officials are investigating whether anybody else may have been exposed.

The announcement raised to 176 the number of confirmed cases affiliated with USFK since the pandemic took hold in South Korea in late February.

Most of the recent cases have involved American troops and other personnel traveling to the peninsula from the United States. The USFK contractor was the 25th person to have contracted the virus in South Korea, and the first since April 13.

South Korea had largely contained the virus after its initial outbreak but a resurgence began last month in Seoul and surrounding areas before spreading nationwide.