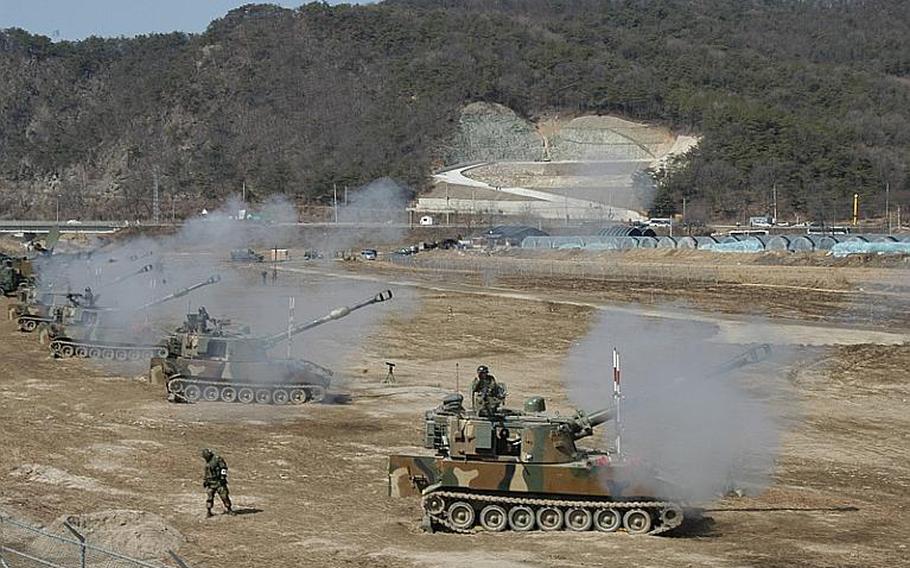 U.S. and South Korean soldiers fire artillery during a live-fire exercise near Rodriguez Range in South Korea. The exercise in March 2012 was part of Foal Eagle, the largest alliance exercise of the year on the peninsula. (Stars and Stripes)

SEOUL — The South Korean army is sending about 170 soldiers next week to take part in the first-ever joint exercise on the U.S. mainland, according to media reports.

The June 9-July 1 drill will take place at the National Training Center at Fort Irwin, Calif., according to South Korea’s Yonhap News.

A South Korean mechanized infantry company and one special forces unit will take part in the exercise, which is aimed at improving joint combat interoperability.

Soldiers will train on reconnaissance and combat firing during the first half of the exercise. The last two weeks will focus on joint attack and defense drills related to small military units, Yonhap reported.

Previous joint drills have taken place mostly in South Korea, including the massive annual Foal Eagle drill in the spring and the Ulchi Freedom Guardian drill in late summer.