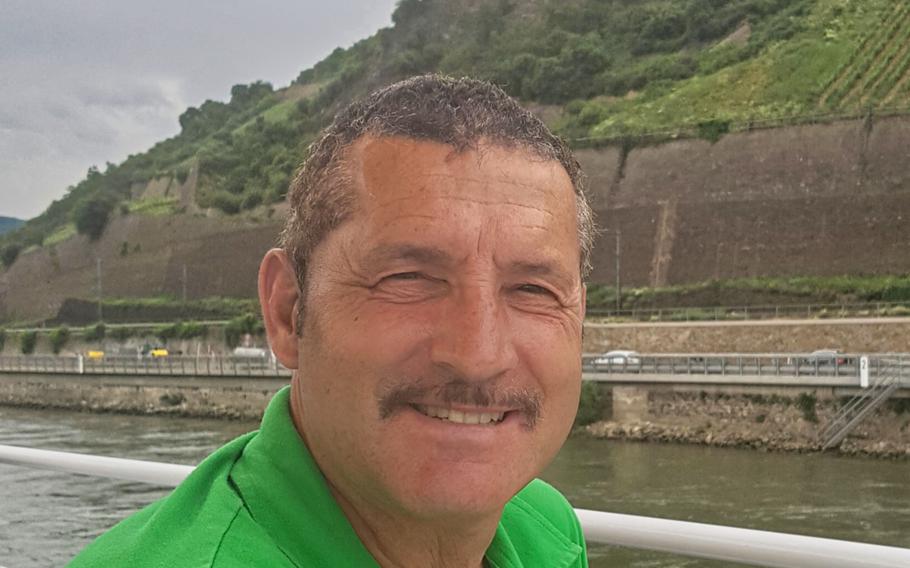 Retired Air Force Tech Sgt. Arnold Samberg before he was shot in the jaw during an incident involving South Korean police near Osan Air Base, South Korea, March 26, 2020. (Samberg family)

Retired Air Force Tech Sgt. Arnold Samberg before he was shot in the jaw during an incident involving South Korean police near Osan Air Base, South Korea, March 26, 2020. (Samberg family) 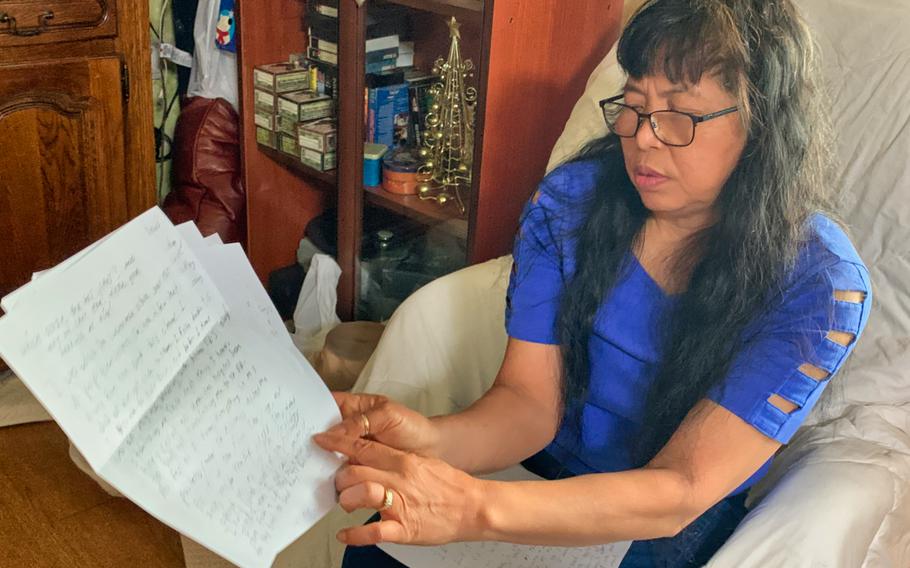 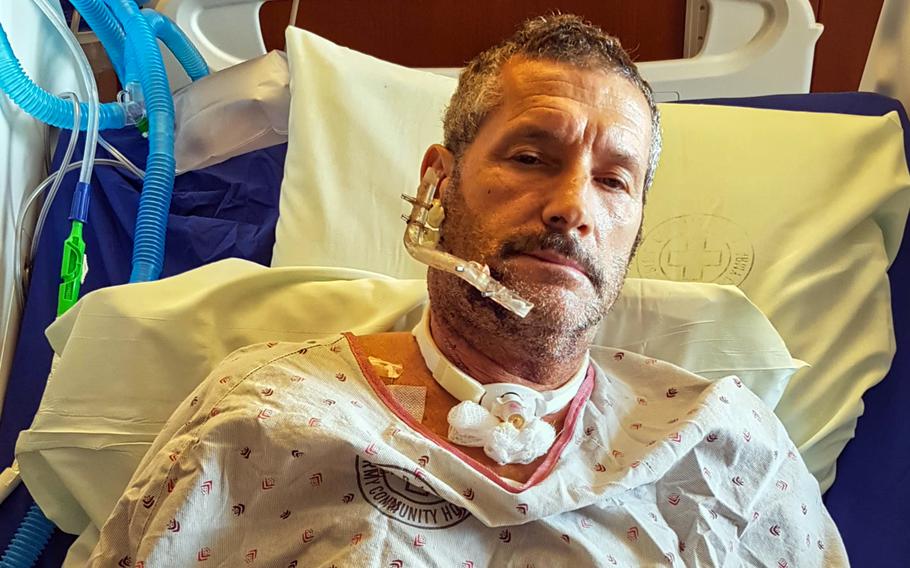 PYEONGTAEK, South Korea — South Korean police shot an American military retiree near his home outside Osan Air Base, shattering his jaw in what officers said was an accident involving a “fierce dog.”

Retired Air Force Tech Sgt. Arnold Samberg, 63, was walking home from a dentist appointment on March 26 when he suddenly noticed police near a convenience store. The next thing he remembered is finding himself bleeding on the ground.

Samberg was rushed to the emergency room at the hospital on Osan, then transferred to the intensive care unit at Brian D. Allgood Army Community Hospital on Camp Humphreys, where he underwent eight hours of surgery, his family said.

He was moved to a regular hospital room on Thursday but still has his jaw wired shut and will require more reconstructive surgery. Samberg can’t speak, but he has written notes explaining what happened for his wife, Tonia.

“Every time he coughs it breaks my heart because it hurts him so much,” she said Friday in an interview at their home, less than 500 feet from the site of the shooting.

Samberg and his family expressed frustration over the way the situation has been handled, saying they aren’t satisfied with the police explanation and they want somebody to be held accountable.

Pyeongtaek police said Samberg was accidentally hit by a stray bullet as officers were trying to shoot a “fierce dog” belonging to an American service member stationed at the base.

The dog had escaped the service member’s nearby house and attacked a South Korean woman who was walking her dog, a senior police officer told Stars and Stripes on Friday, speaking on condition of anonymity to provide details about an ongoing investigation.

“The police didn’t mean to shoot the American guy. The police were trying to shoot the fierce dog, but the bullet ricocheted and hit him,” the officer said.

He said police had ordered people to evacuate the area before shooting, but promised to investigate the incident “fairly and objectively.”

Samberg said he doesn’t remember seeing a dog but he made eye contact with the police before he was shot.

“His only way of communication is writing on a piece of paper. And his biggest question is why was I shot? I was just walking,” his son-in-law, Army Staff Sgt. Nicholas Pollack, said in a telephone interview from Fort Rucker, Ala.

He and Samberg’s daughter, Jacquelene, have been unable to fly to South Korea to help her parents because of travel restrictions due to the coronavirus pandemic.

“Medically speaking they’re taking care of him, but we’d like justice. At the very least some kind of apology,” Pollack said. “Accident or not there’s a bullet in my father-in-law’s face.”

Tonia Samberg also was upset that nobody contacted her after her husband was taken to the base ER. She only learned where he was after calling a friend at the base when he didn’t come home that day.

Now she drives to Camp Humphreys every day to visit him.

She met with police on Thursday with a South Korean friend as a translator. They offered financial compensation but didn’t apologize or provide more details, she said.

“I need justice,” she said. “After my husband served for 24 years in the Air Force, this is what he gets?”

The 51st Fighter Wing at Osan said it could not release information about the case because it falls outside U.S. jurisdiction and the South Korean police have the lead on the investigation.

“We’re working closely with them, and we have made contact with the family to ensure they have the resources available to receive the answers,” the public affairs office said in an email.