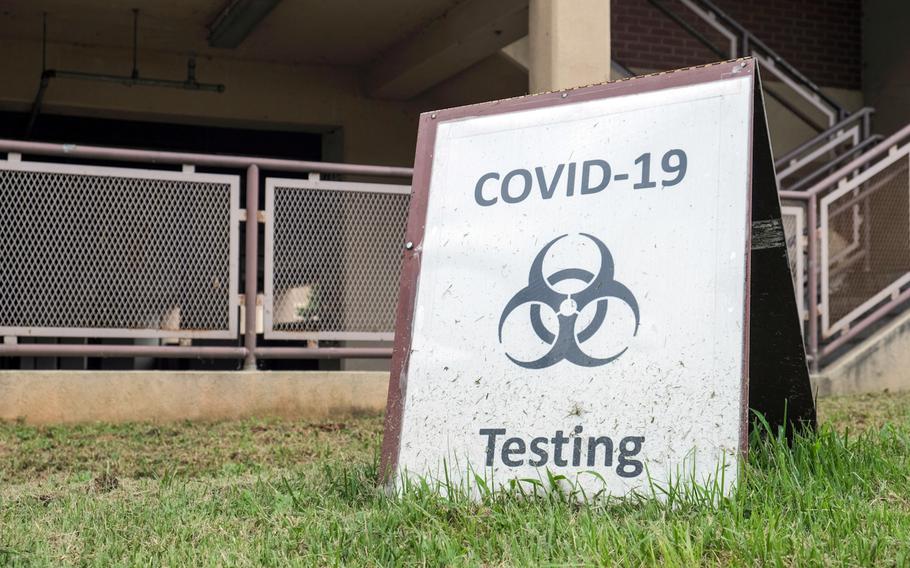 Buy Photo
The Korea Centers for Disease Control and Prevention added 195 new coronavirus cases on Thursday, Sept. 3, 2020, for a total of 20,644. (Matthew Keeler/Stars and Stripes)

SEOUL, South Korea — South Korea’s daily coronavirus tally dipped below 200 for the first time in two weeks on Thursday, while the U.S. military said seven more service members tested positive for the virus after flying to the peninsula from the United States.

The Korea Centers for Disease Control and Prevention added 195 new coronavirus cases Thursday for a total of 20,644.

While the number remained in triple digits, it fell below 200 for the first time since Aug. 17, boosting hopes that stricter prevention measures, including limits on restaurant and coffee shop operations, were helping to slow the spread of the respiratory virus.

“We believe that we are witnessing some results of the intensified social distancing thanks to the participation and vigilance of the public,” the KCDC’s deputy director Kwon Jun-wook told reporters.

He said this weekend would be a “make or break moment” in determining whether South Korea will be able to repeat its success in curbing the pandemic earlier this year.

That raised the total number of confirmed cases affiliated with USFK to 175, all but 24 detected as part of a mandatory testing and quarantine process for all who travel to the peninsula from abroad.

Three of the service members tested positive on their first mandatory test shortly after arriving, while the other four received positive results on the second test required to exit the two-week quarantine, according to the command.

The patients were all transferred to isolation facilities on Camp Humphreys or Osan, and any transportation assets or quarantine rooms used by them have been thoroughly cleaned, it said.

USFK, which has not had a locally transmitted case since mid-April, insisted the imported cases posed no danger to local communities because they didn’t interact with anybody besides people on their flight and those providing administrative and medical support after their arrival.

South Korean health authorities expressed cautious optimism about the decline in overall cases but warned the number of critically ill patients has risen sharply to 154, up from 15 before the current outbreak began on Aug. 14.

The death toll also rose by three to 329, although South Korea’s fatality rate hovered at about 1.6%.