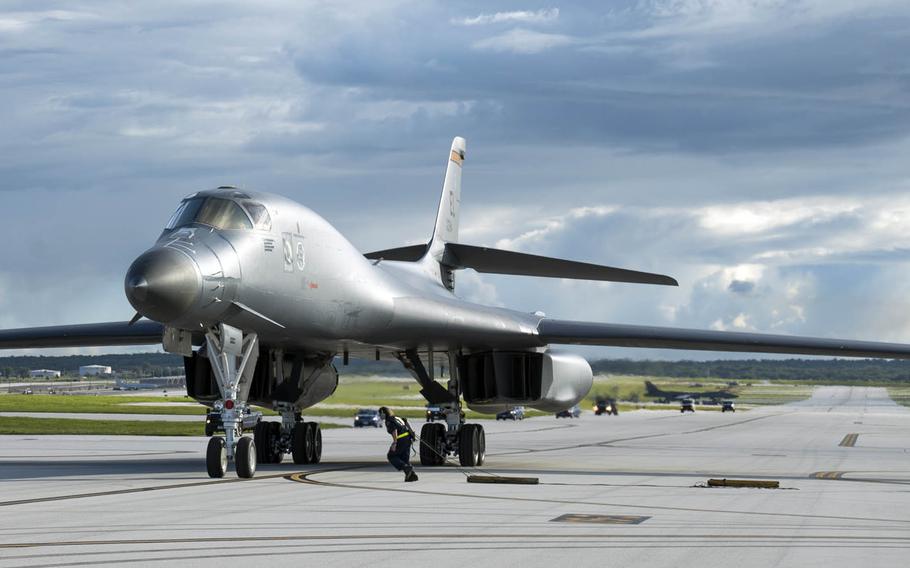 The squadron is relieving the 9th Expeditionary Bomb Squadron, which deployed from Dyess Air Force Base, Texas, in February.

During their six-month deployment, the Dyess bombers flew a wide range of missions, including a low flyover of the Korean Peninsula as a show of force after North Korea test-fired its second intercontinental ballistic missile on July 28. They were escorted by Japanese and South Korean fighters during the 10-hour mission.

Since 2004, Air Force bombers, including Lancers, B-2 Spirits and the venerable B-52 Stratofortress, have maintained a continuous presence at Andersen. The mission has been performed solely by B-1 squadrons since last August, when a squadron from Ellsworth took over for an aging fleet of B-52s, an aircraft adopted for service in 1955.