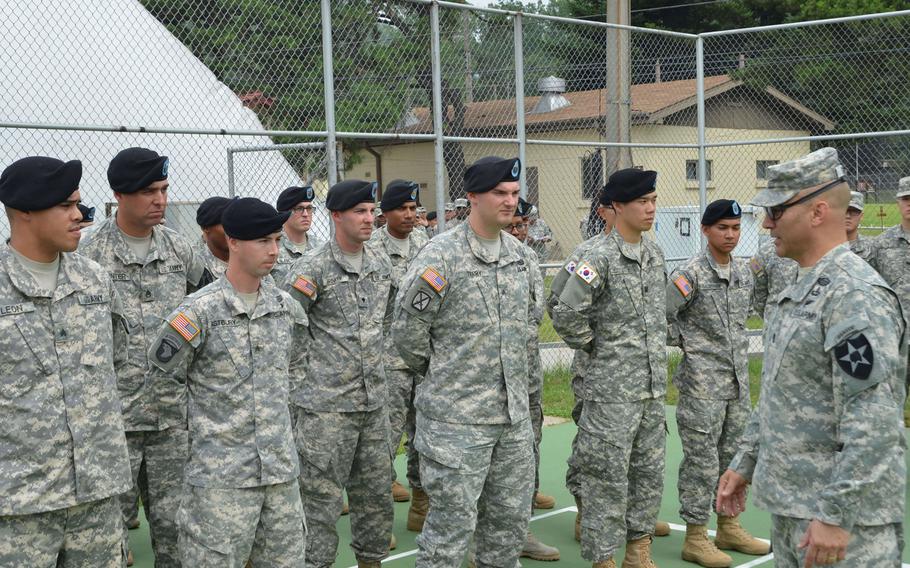 SEOUL, South Korea — The 8th Army said Tuesday that a soldier has died while attending the Warrior Leader Course at the Noncommissioned Officer Academy at Camp Jackson.

The soldier was found unresponsive by South Koreans near the base’s northern boundary Monday, taken to a local hospital and pronounced dead at 12:52 p.m., according to an 8th Army statement.

The incident is under investigation. The soldier’s name is being withheld pending notification of next of kin.