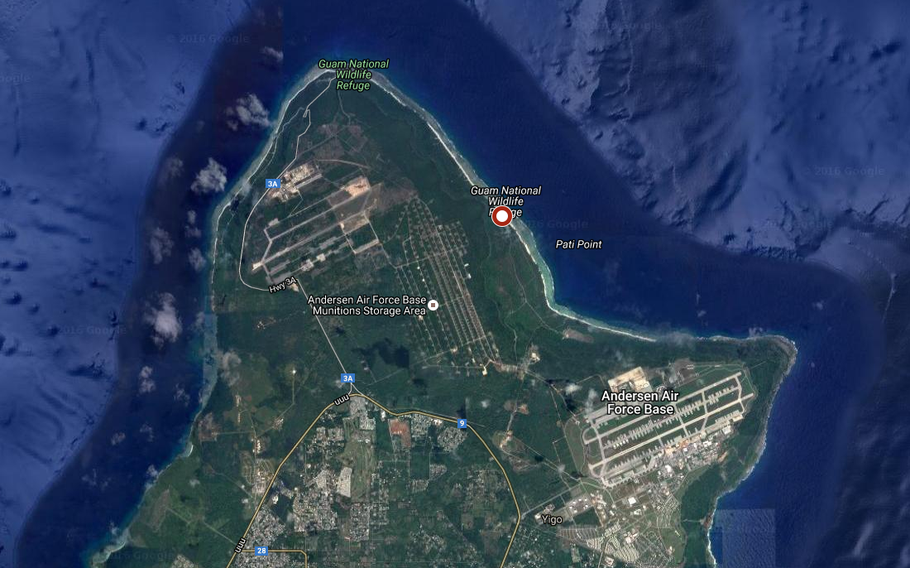 An airman who went missing last week while swimming off Guam is presumed death after a six-day search, an Air Force statement said. (Google Maps)

An airman who went missing last week while swimming off Guam is presumed dead after a six-day search, an Air Force statement said.

The incident happened only hours after search teams recovered the body of Senior Airman Travis Bennett, who went missing at Pagat Point, five miles south of the base.

The cause of death in both incidents is under investigation.

“The waters off Guam are beautiful and inviting but can be dangerous at times,” Brig. Gen Douglas Cox, 36th Wing commander, said in a statement. “We ask all airmen, families, permanent and deployed members of Team Andersen to be cautious when engaging in any recreational water activities on island.”

Tarague, Serena and Scout beaches at Andersen have been closed until further notice.