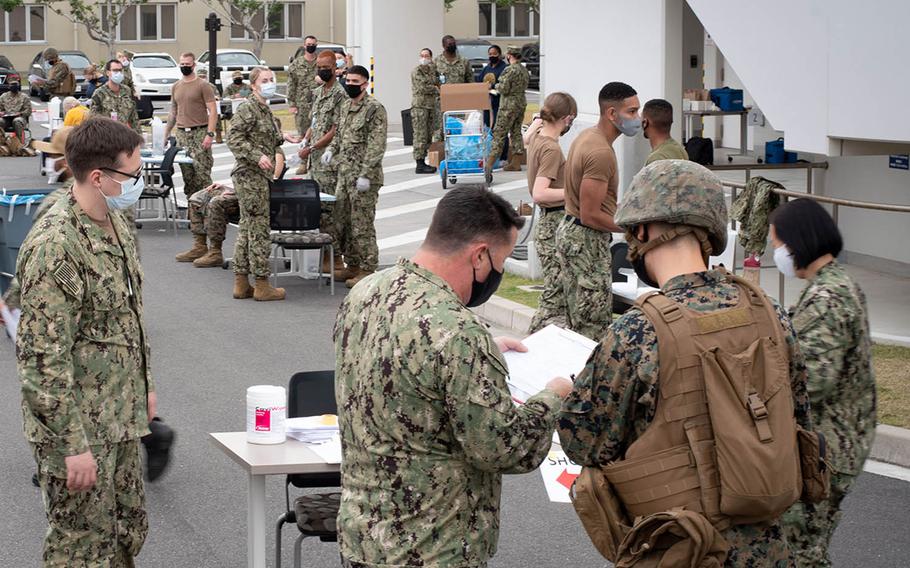 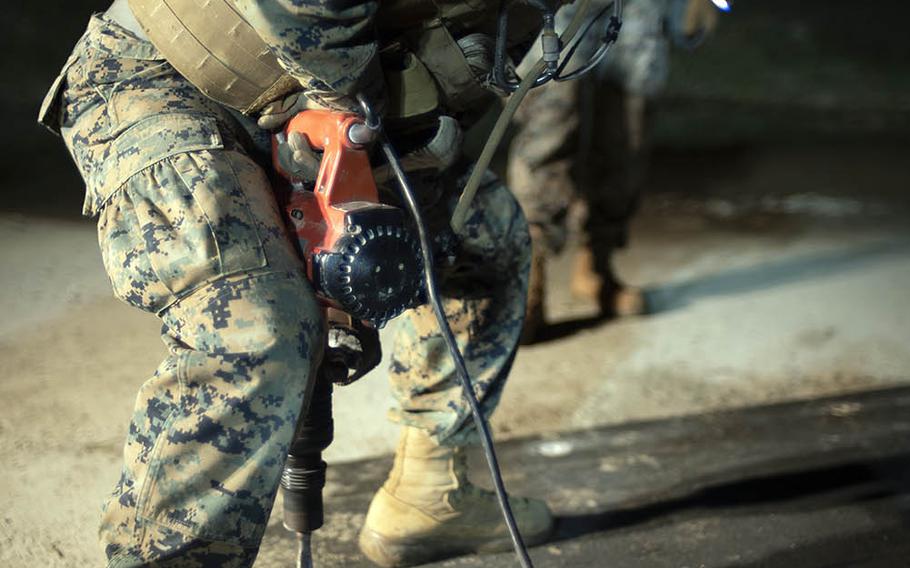 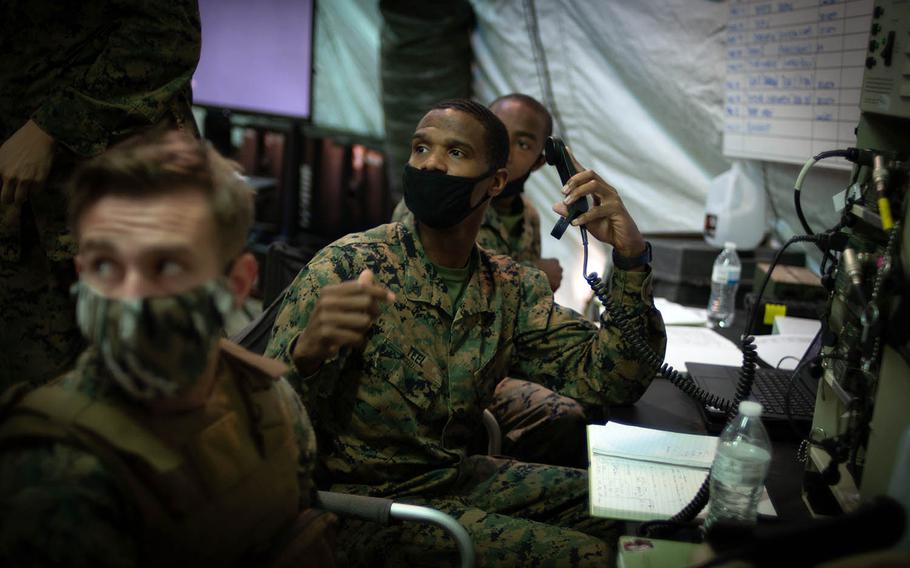 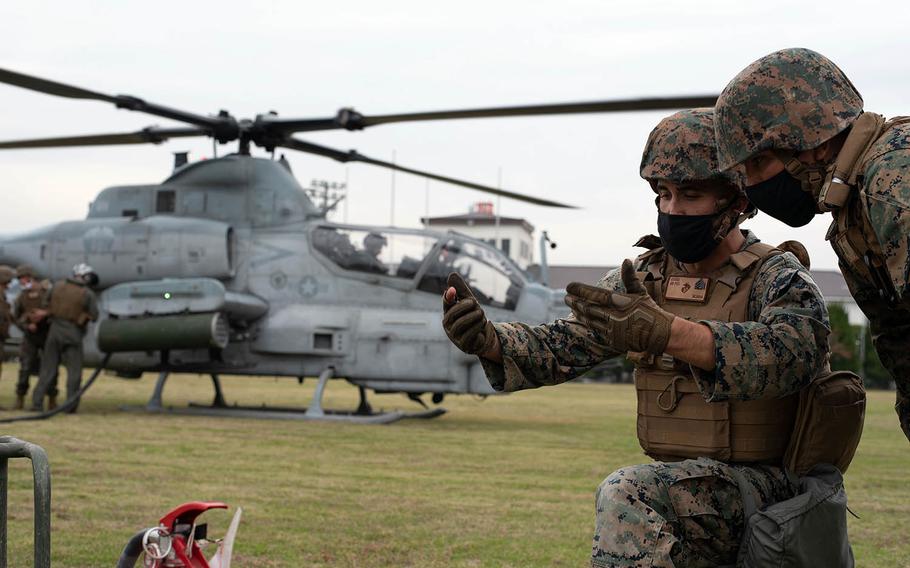 MARINE CORPS AIR STATION IWAKUNI, Japan — Everyone had a part this year in the annual base-defense drills, including Marines, sailors, Japanese troops and even service members’ families living in base housing.

At 6 p.m. Wednesday, the station went into a 12-hour lockdown that meant everyone, including family members, had to shelter in place during a simulated attack. Everyone should know what to expect during an emergency, Lewis said.

“Families are going to be here, and this where we are going to operate out of, whether it be here or across mainland Japan,” he told Stars and Stripes on Wednesday. “This is an overseas military installation that does military operations and that’s the primary reason for our existence out here.”

In eastern Japan at Yokota Air Base, the headquarters in western Tokyo of U.S. Forces Japan, the 374th Airlift Wing and 730th Air Mobility Squadron conducted a similar readiness exercise.

The base advised everyone to expect loud noises, simulated gunfire, first-responder activity and military personnel in chemical and nuclear warfare protective gear and gas masks. The “giant voice” sounded sirens and simulated-attack warnings throughout the week.

“All of these are standard parts of crisis response exercises,” the base advised on a Facebook post Oct. 21, “so although it may look and sound differently than a normal Yokota day, these are training events."

At MCAS Iwakuni, Lewis said he wanted to make the exercise as realistic as possible this year. It was shorter in duration than Yokota’s but more pervasive.

A real-life response would involve multiple U.S. squadrons and the Japan Ground Self-Defense Force, he said. Large-scale exercises are the only way to identify sticking points between units, issues with command and control and concerns about resource allocation.

The exercise teamed Marines and sailors at Iwakuni with soldiers of the 13th Brigade of the JGSDF Middle Army, who practiced responding to simulated overnight missile attacks Wednesday and a mass casualty event Thursday.

Japanese troops took part in all aspects of the exercise, from planning to execution, Lewis said.

“At the strategic level, it’s about the Japanese-American alliance that’s been strong for 60 years,” he said. “At the operational and tactical level, this is their country, this is their home, and they will defend it as well.”

Throughout the week, power to base buildings was cut, roads were blocked across the installation and support facilities were closed. Explosive ordnance technicians responded to calls and military police set up cordons and defended base entrances against a simulated attack.

Simulating a pandemic response, sailors at the Branch Health Clinic distributed the seasonal flu vaccine to about 90% of the base service members over 48 hours, Lt. j.g. Maria Moncayo, the environmental health officer who organized the response, told Stars and Stripes on Thursday.

Lewis said he filled a notecard with his observations this year and is making plans for next year’s Active Shield.

“As a commander here, this has really met my expectations for where I want this base to be headed, but Marines are never satisfied,” he said. “Next year will be different. Next year we will have ironed out the things we are learning right now. I know we will add new things, because we always need to be improving.”