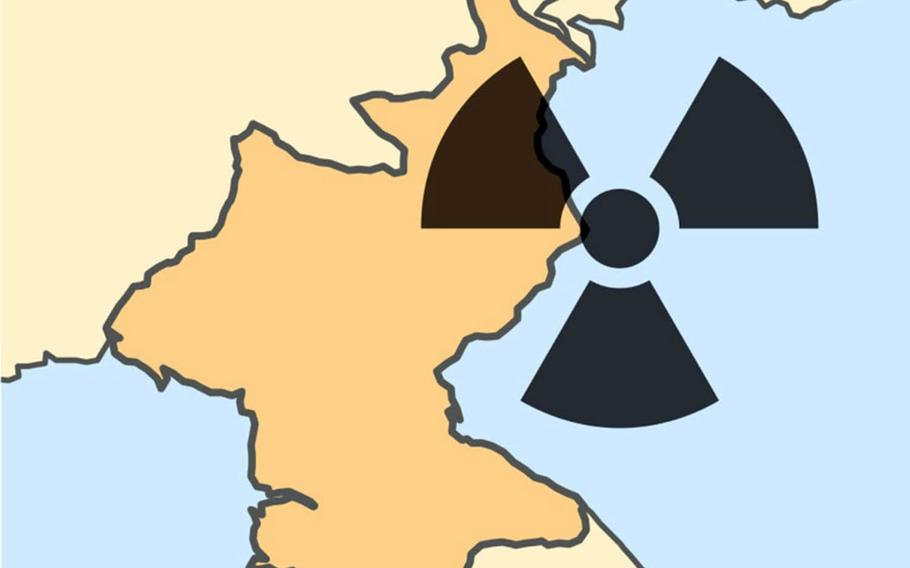 North Korea has been maintaining its Punggye-ri nuclear test site despite reports of deadly tunnel collapses last year, according to a 38 North report issued Thursday, Jan. 11, 2018. (Courtesy of Wikicommons)

“Significant” tunneling work has been detected at North Korea’s Punggye-ri nuclear test site, according to a Washington-based think tank that monitors the communist state’s activities.

A report issued Thursday by 38 North says the activity — spotted in satellite images taken last month — underscores Pyongyang’s efforts to maintain the site despite news that tunnel collapses killed several hundred people there after its sixth and most powerful nuclear test on Sept. 3.

While work remains dormant at the “North Portal,” which is the site of the past five underground blasts, the satellite images show that excavation work at the “West Portal” has been “stepped up,” said 38 North, which is run by Johns Hopkins University’s School of Advanced International Studies.

“Throughout December 2017, mining carts and personnel were consistently present around the West Portal and there was significant expansion of the spoil pile,” the report said. “On December 28, there were also a large number of personnel observed in seven different formations whose purpose is unknown in the Southern Support Area.”

38 North said it is rare to see people in that support area, and the purpose of their activities is unknown.

Water was seen draining from the north portal’s entrance, the report said, adding that no other significant activity was observed at Punggye-ri’s other facilities.

38 North’s report comes the same week that North Korea agreed to send athletes and officials to next month’s Winter Olympics in the South and to discuss easing military hostilities.

A high-profile meeting with the South in the truce village of Panmunjom was held Tuesday after more than two years of crisis over North Korea’s nuclear weapons progress, beginning with the communist state’s fourth nuclear test in January 2016. The North has since conducted two other nuclear tests and test-fired dozens of missiles, most recently an ICBM on Nov. 29.