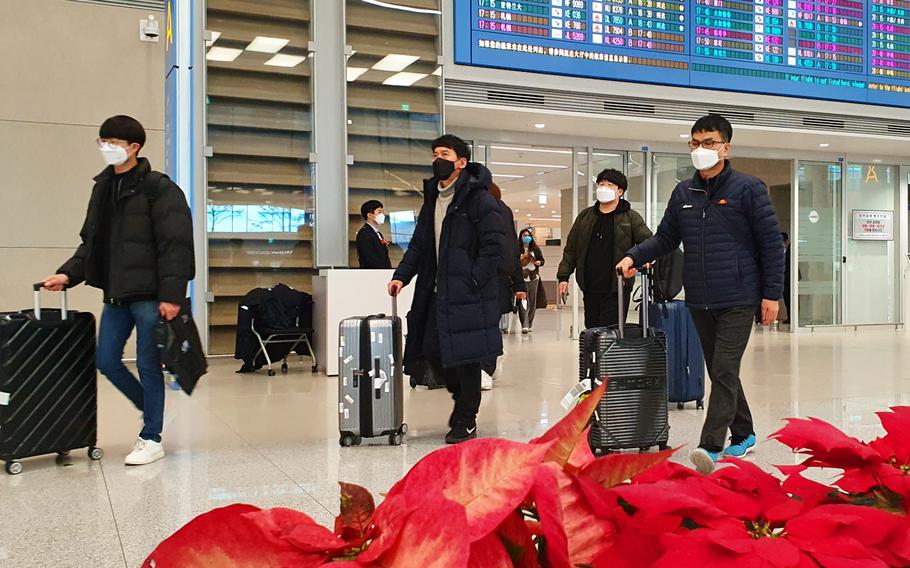 CAMP HUMPHREYS, South Korea — The wife of a U.S. service member tested positive for coronavirus on Friday, nearly two weeks after she returned to South Korea from the United States, raising the total number of cases affiliated with U.S. Forces Korea to 25, the command said.

The woman, whose husband is stationed at Camp Carroll, had gone into a mandatory quarantine at her family’s off-base residence in Waegwan after arriving in South Korea on April 4, officials said.

She was tested before she was due to be released, according to new requirements, although she showed no symptoms, Gen. Robert Abrams said in a community update on Facebook live.

The results came back positive on Friday, and she was being taken to a designated barracks at Camp Humphreys for isolation, according to the command.

Two service members had picked her up at the airport, but they wore protective gear and already have tested negative for the virus, Abrams said, adding that contact tracing was not required since she had followed procedure and been quarantined.

“It’s really a testament that our procedures and our processes are working,” he said.

Only two American soldiers have contracted the respiratory disease since an outbreak began in South Korea in late February. The other confirmed cases have been military dependents, contractors and other U.S. and South Korean civilians linked to USFK.

The command has begun requiring that anybody affiliated with USFK who travels to South Korea from overseas must be quarantined a minimum 14 days upon arrival, be monitored for symptoms and “complete two COVID-19 tests with confirmed negative results to exit quarantine.”

The overall pace of infections in South Korea has slowed, with only 22 new cases recorded on Thursday, including 14 in people arriving from abroad, according to the Korea Centers for Disease Control. That raised the total to 10,635, with 230 deaths and 7,829 patients discharged after recovering.