Sensitive US military equipment given to local forces goes unaccounted for in Afghanistan, watchdog says 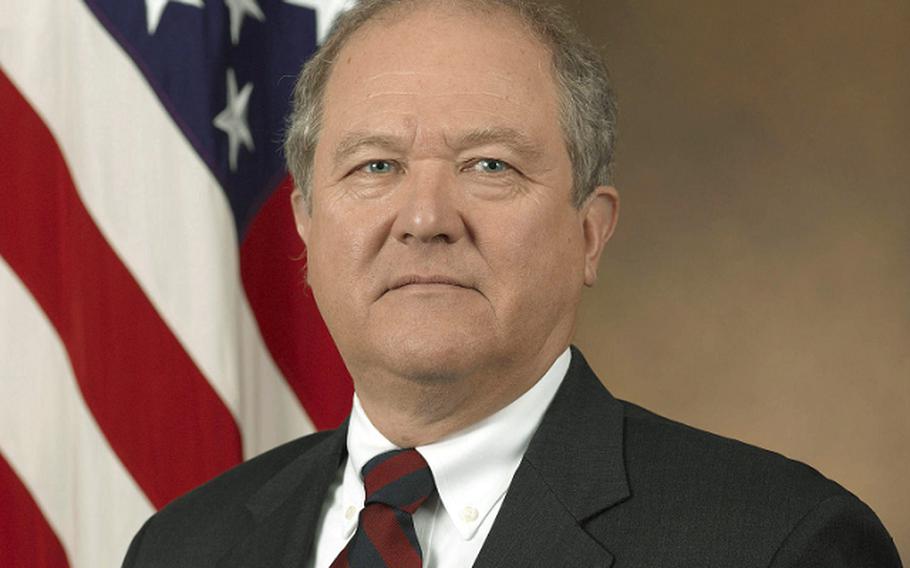 John F. Sopko, Special Inspector General for Afghan Reconstruction, said in a report released Nov. 5, 2020, that the number of daily attacks by enemy forces in Afghanistan jumped by 50% in the three months ending in September, compared to the previous quarter. (SIGAR)

John F. Sopko, Special Inspector General for Afghan Reconstruction, said in a report released Nov. 5, 2020, that the number of daily attacks by enemy forces in Afghanistan jumped by 50% in the three months ending in September, compared to the previous quarter. (SIGAR) An Afghan National Army commando tests his night vision device during mission preparation in Kabul district, Afghanistan, in 2013. The Defense Department has failed to keep track of military equipment including surveillance systems, controls for laser-guided bombs and night vision devices that were provided to the Afghan government, the Special Inspector General for Afghanistan said in a report released Thursday, Dec. 17, 2020. (James K. McCann/U.S. Army)

The goods transferred to the Afghan government are “some of the most sensitive of all defense articles” and were supposed to be fully inventoried by the U.S. every year, to ensure they were being used for their intended purpose and were not transferred to a third party without U.S. government consent, the report by the Special Inspector General for Afghanistan said.

But only 40% of the sensitive articles given to the Afghans were inventoried between May 2019 and April 2020, it said, and about 5% of items that were supposed to have been tracked since October 2016 have never been inventoried at all.

Inadequate tracking means that “sensitive technology remains susceptible to theft or loss,” and the Combined Security Transition Command-Afghanistan, which is responsible for monitoring the equipment, is less able to verify that Afghan units “are using these articles in accordance with their transfer agreements,” the report said.

Most of the articles supplied to the Afghan security forces during the period covered in the report, from 2017 to this year, were night-vision devices, SIGAR said.

In December 2017, CSTC-A found “a serious deficiency in [night-vision device] accountability” resulting from discrepancies in reports it was receiving from Afghan government officials and data that U.S. personnel collected, it said.

Two years ago, Afghan forces told the U.S. monitors that 19 of 48 U.S.-provided night-vision devices had fallen into enemy hands and 29 were listed as destroyed, damaged or lost.

Security constraints and travel limitations in Afghanistan make it difficult to monitor the U.S.-provided equipment and how it's being used, the report said.

Although U.S. monitors aren't required to complete enhanced inspections when security conditions prevent them from doing so, “not conducting all of the inspections limits the command’s ability to verify reported numbers of lost and destroyed articles, and discover additional broken or missing articles the (Afghan forces) may not have reported," SIGAR said.

SIGAR recommended that DOD change its monitoring procedures to make them more suitable for Afghanistan.

The Pentagon plans to address the failings identified by SIGAR, Thomas Croci, deputy assistant secretary of defense for Afghanistan, Pakistan and Central Asia, said in a comment included in the report.