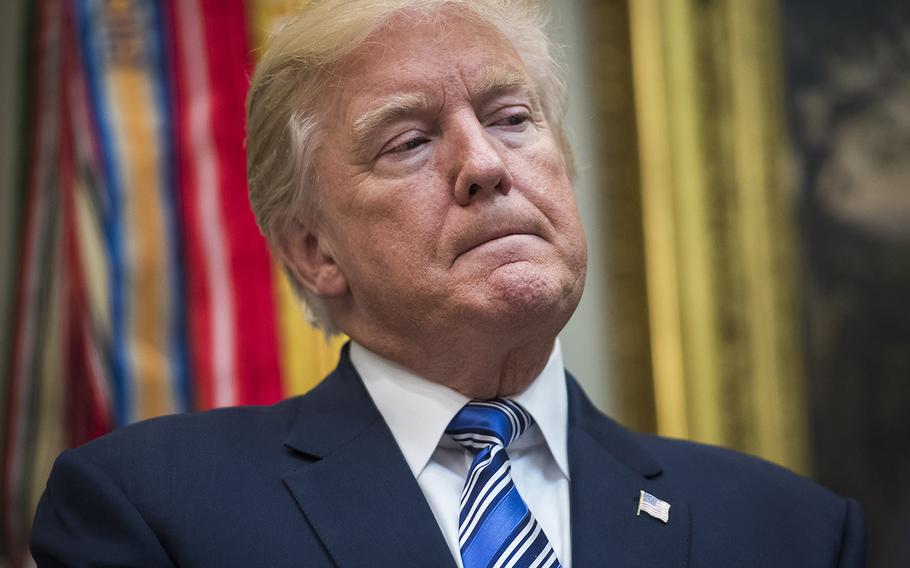 The comments came ahead of a planned meeting between President Moon Jae-in and Gen. Joseph Dunford, chairman of the Joint Chiefs of Staff, on Monday in Seoul. They were expected to discuss North Korea’s nuclear weapons progress and to reinforce their longstanding alliance.

South Korea’s leader, who took office on May 10 promising to pursue dialogue with North Korea, has remained largely mum as Trump made a series of bellicose statements last week starting with a threat to unleash “fire and fury” on the North.

North Korea, in turn, has said it planned to finalize a plan to fire four missiles into the waters near the U.S. territory of Guam, home to two major U.S. military bases, sometime this week and hand it over to North Korean leader Kim Jong Un for a decision.

Moon Chung-in, a senior South Korean presidential adviser, told ABC News in an interview aired Sunday in the United States that Trump’s threats were worrisome and fueling the crisis.

“This is very unusual. We do not expect that the president of the United States would make that kind of statement,” he said. “It is a chicken game, but I think what is needed right now is mutual restraint.”

He also criticized the Trump administration for a lack of clarity about its North Korea policy.

“I really don’t see a unified message,” Moon said. “We are very much confused. We think the American government has moved from ‘strategic patience’ of the Obama administration into strategic confusion.”

Strategic patience is the term used for ex-President Barack Obama’s policy toward the North, which relied on punishing economic sanctions and diplomatic pressure. Trump has declared that policy dead, but many of his administration’s moves have been similar, including drafting a recent U.N. resolution that imposed tougher sanctions against Pyongyang.

Moon Chung-in said his boss had asked Trump to tone down his rhetoric when they spoke on the phone last week, according to ABC. But that was followed by more fiery statements.

Dunford, who arrived in Seoul on Sunday, also was meeting with Defense Minister Song Young-moo and other senior officials before leaving for China.