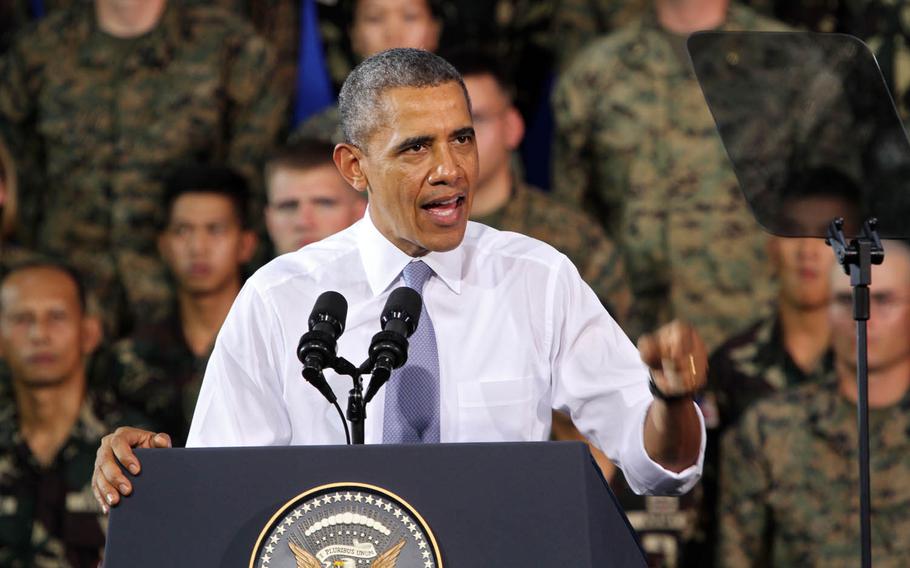 Expect security concerns and military rotations in Southeast Asia to receive heavy attention during President Barack Obama’s three-day stop in the Philippines for a multilateral summit.

Although trade issues dominate the Asia-Pacific Economic Cooperation’s agenda, China’s island-building and assertive actions in the South China Sea are a major concern for several nations, including the United States, at the annual meeting.

Shortly after arriving Tuesday, Obama offered a former U.S. Coast Guard cutter and a research vessel to the Philippines, which analysts say is underequipped to defend its islands against external threats.

“We have a treaty obligation, an ironclad commitment to the defense of our ally, the Philippines,” Obama said during a visit to the Philippine navy flagship BRP Gregorio del Pilar, according to The Associated Press.

On the APEC sidelines, Obama is expected to meet with Philippines President Benigno Aquino III, as he did during an April 2014 visit that produced an agreement on U.S. troop rotations to Philippine-owned military bases.

Aquino’s administration had hoped that the bilateral Enhanced Defense Cooperation Agreement would be ruled constitutional by the Philippine Supreme Court on Monday, but the court announced a delay until at least mid-December.

The agreement was, in part, spurred on the Philippine side by confrontations with China over contested territory. China’s ambiguous claim to about 90 percent of the South China Sea, along with its rapid military fortification of several artificially constructed islands, has alarmed smaller neighbors with competing territorial and sea claims.

Before leaving for the president’s multinational trip on Friday, National Security Adviser Susan Rice said the South China Sea dispute would be a “central issue” during the Philippines trip that would be discussed during “the other engagements that we have throughout our visit to Asia.” China is among APEC’s 21 members.

The U.S. takes no position on the ultimate sovereignty of islands in the South China Sea, though it is bound to aid the Philippines in the event of an attack under the terms of a defense treaty.

However, some analysts doubt whether the U.S. would use its military in a fight over the disputed land features, some of which are little more than rocks poking out of the water at high tide.

The U.S. has taken a firmer tone against China’s assertiveness this year, but the U.S. military still acts conservatively when it comes to China, said Wu Shang-Su, a research fellow in military studies at the S. Rajaratnam School of International Studies in Singapore.

The U.S. regularly operates in Southeast Asia on patrols and port visits, so a rotational presence in the Philippines wouldn’t create any fundamental tension that doesn’t already exist, Wu said.

“I don’t think a U.S. military presence in the Philippines will make the situation tighter,” Wu said.

Others say U.S. rotations in the Philippines would help convince skeptics who question whether the U.S. “rebalance” toward the Asia-Pacific region will really happen — and possibly act as a brake on Chinese ambitions.

“The [EDCA] agreement illustrates that a small power like the Philippines — when confronted by an emergent and potentially expansionist power — is not necessarily helpless since it has foreign policy choices,” Renato De Castro, a professor at De La Salle University in the Philippines, wrote in a December report.

The EDCA, if approved by the court, would not grant U.S. authority to maintain its own bases but would allow it to build on Philippine-owned bases.

Although the U.S. maintains a high percentage of popular support in the Philippines, some national lawmakers and opposition groups have fought the EDCA in court on the grounds that it must be ratified as a treaty by the nation’s Senate. The government argues that the agreement is an executive action and doesn’t require legislative approval.

The EDCA is also viewed as important to U.S. humanitarian operations in the Philippines and Southeast Asia, where natural disasters are a regular occurrence.

Obama, who stopped in Turkey en route to Manila, goes next to Malaysia for the Association of Southeast Asian Nations’ annual summit, where China is also expected to be high on the agenda.

When ASEAN defense ministers met earlier this month, they canceled their traditional final statement amid lobbying by China and the U.S. on whether it would include a section on Beijing’s activities in the South China Sea.