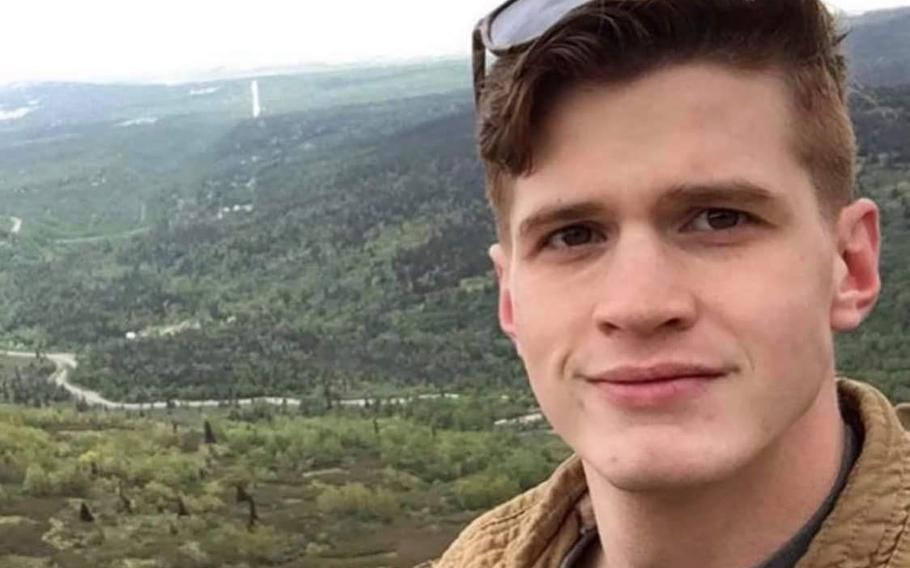 MARINE CORPS AIR STATION IWAKUNI, Japan — Searchers on Sunday recovered the body of a Marine who likely drowned days earlier while going to the aid of two other swimmers.

Sgt. Tyler M. Rankin, 24, of Kansas City, Mo., disappeared Thursday off the coast of Hamada Beach in Shimane prefecture, according to a statement Tuesday from Marine Aircraft Group 12. He was a KC-130 Hercules mechanic assigned to Marine Aerial Refueler Transport Squadron 152 at MCAS Iwakuni.

The Japan Coast Guard and local authorities responded immediately Thursday to a call of someone drowning about 11 a.m. near the Iwami Kahin campground, according to the coast guard and the Marine Corps statement.

About 20 people affiliated with the base were visiting the beach that morning, a coast guard spokesman said. Rankin went missing after he swam out to rescue two men from the group, who were swept offshore.

The sea was experiencing swells of up to nearly 10 feet at the time of the incident, along with strong winds, the spokesman said. It’s customary in Japan for some government officials to speak to the media on condition of anonymity.

Marines of Rankin’s squadron — nicknamed the Sumos — “mourn the loss of their brother at arms,” Lt. Col. Christopher Kocab, the squadron’s commander, said in Tuesday’s statement. “Sgt. Rankin was a true leader within the squadron, a subject matter expert within his field, and a great friend to many. We send our heartfelt condolences to all of Tyler’s family and close friends and will never forget the impact he left on all of us.”