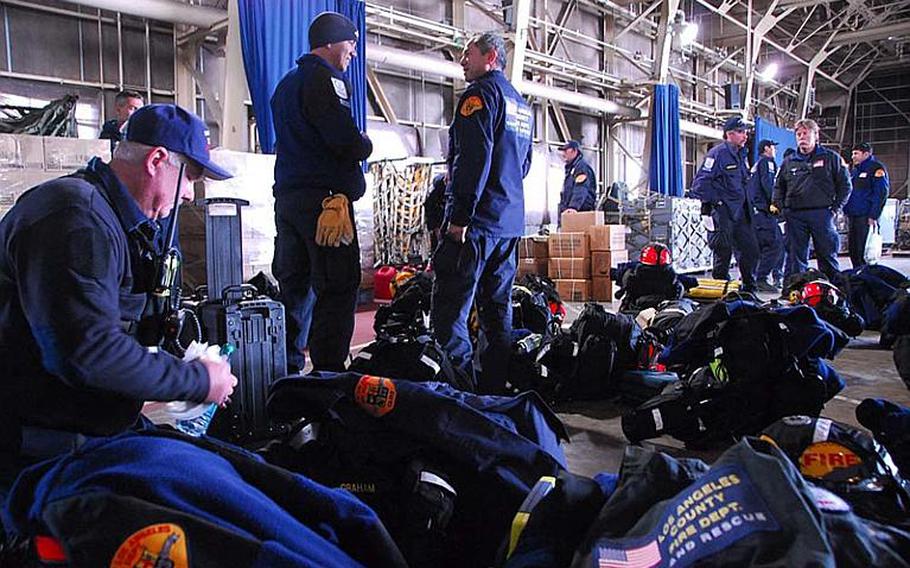 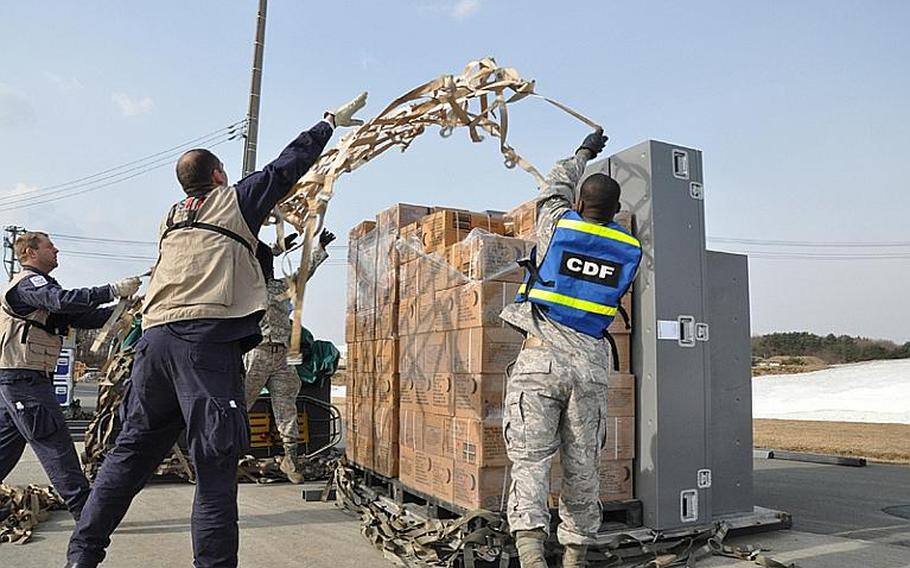 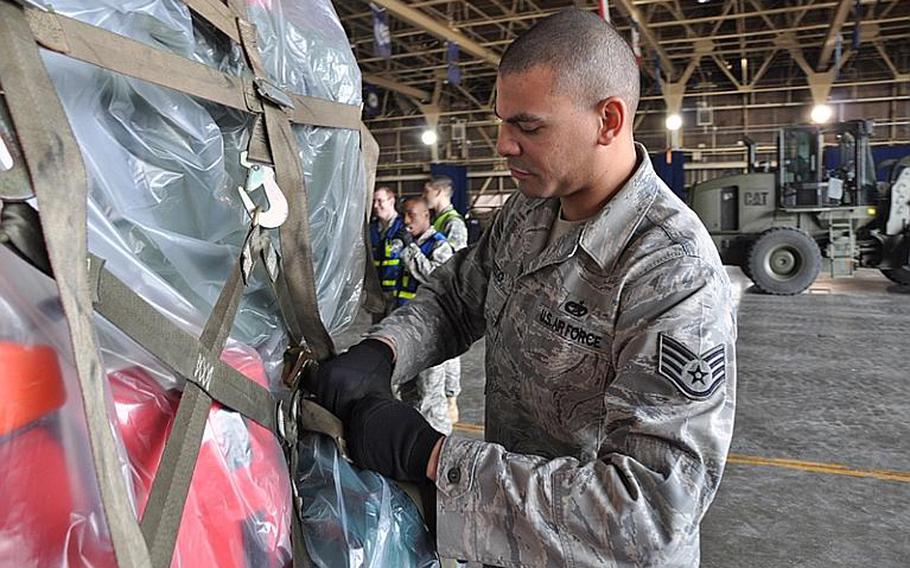 OFUNATO, Japan &mdash; U.S. rescue teams had found no survivors in the devastated town of Ofunato by midday Tuesday.

Teams from Fairfax, Va., and Los Angeles had fanned out over fishing village that had been largely demolished by tsunamis caused by the Friday&rsquo;s largest earthquake in Japan history.

The teams were going through residences and businesses, climbing through rubble and breaking down locked doors in search of some of the hundreds of missing people.Efforts were to wrap up at 5 p.m. because of safety concerns of working at night and the threat of tsunamis, Japanese officials said.

It was uncertain how many days they would be operating in the city.

An earthquake and the threat of another tsunami kept the team from making the entire trek to the village Monday. The teams set up camp at a school in Sumita and a small contingency from the teams made their way to the village at daybreak Tuesday.

On Monday evening there was a definite sense of urgency as the group bedded down and waited for daybreak.

&ldquo;The waiting is always frustrating,&rdquo; said Joe Kaleda, an operations chief for the Fairfax Urban Search and Rescue unit out of Virginia. &ldquo;But the reality of moving this many people and equipment is you just do the best you can.&rdquo;

An advance team flew by Japanese Self-Defense Force helicopters into the heavily damaged area early in the afternoon.

Joe Kratochvil, a member of the Fairfax unit and part of the advance team, said they were unable to get much of a look of the area and don&rsquo;t know what to expect when they hit the ground. Japanese crews are already working in the area and television reports Sunday night showed shell-shocked residents huddled in the city hall of the mostly destroyed fishing port.

&ldquo;It&rsquo;s not like being on the ground looking and seeing,&rdquo; he said of his view from above. He said the delay until Tuesday morning was slightly disappointing but, &ldquo;it&rsquo;s just something we have to deal with.&rdquo;

&ldquo;Normally we&rsquo;re in the mind-set of getting down and searching for people,&rdquo; he said.The rescue teams are the first large-scale U.S. civilian relief efforts on the ground in the northern coastal areas of Japan hardest hit by the country&rsquo;s largest recorded earthquake.

Rex Strickland, another operations chief for the Fairfax unit, said they expect to conduct wide area searches and sift through debris in a large swath of the Ofunato port, which was demolished by the tsunami.

During briefings Monday morning, Los Angeles County Search and Rescue team leaders stressed the need to quickly react to whatever scene they would find after arriving in the village.

Teams also said they would monitor radiation levels following reports of leaks and explosions at Japanese nuclear reactors in the region. At about the same time the teams were beginning their 100-mile trek from the base, Japanese television reported an explosion at the No. 3 plant in Fukushima, about 100 miles south of the fishing village. An evacuation order was been issued to residents living within 20 kilometers of the plant.

Both teams said they were self-sustaining and could maintain relief efforts for about two weeks without resupply.

The two teams and their counterparts from the United Kingdom spent the morning in a hangar at the air base, strapping their gear onto large pallets for transport.

As the teams left the base, they were escorted through the city of Misawa by Japanese police who were blaring their sirens. Misawa residents lined the streets and waved to the teams as they drove by.