Scaparrotti to take over USFK during times of change 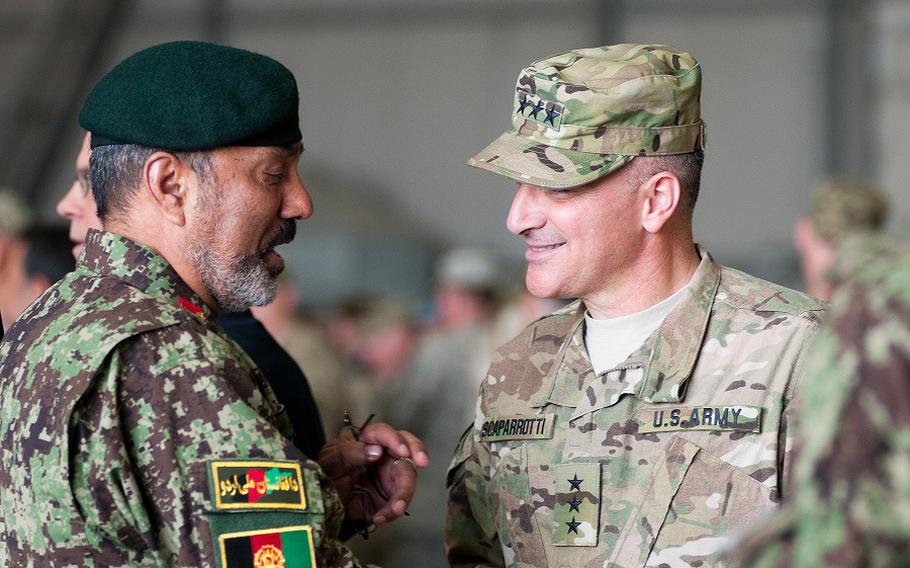 SEOUL — U.S. Forces Korea’s new commander is arriving at a critical time for the alliance between Washington and Seoul, with major changes looming in the location of American bases and questions surrounding who would control them in case conflict broke out on the peninsula.

Lt. Gen. Curtis Scaparrotti will replace Gen. James Thurman, who took the USFK position in 2011 and is retiring. The change of command ceremony is scheduled for Oct. 2, the military announced Wednesday.

Scaparrotti has been serving as director of the Joint Chief of Staff at the Pentagon and previously was the No. 2 U.S. commander in Afghanistan.

The U.S. Senate last week confirmed Scaparrotti’s nomination and his upcoming promotion to full general. As the head of USFK, he will also command the United Nations Command and the South Korea-U.S. Combined Forces Command.

The U.S. military is in the process of consolidating its forces at regional hubs south of Seoul, a process that is scheduled to be finished in 2016. However, that timeline depends largely on the pace of construction at Camp Humphreys, the future flagship U.S. installation on the peninsula.

Meanwhile, the two countries are expected to discuss whether to postpone the scheduled December 2015 handover of wartime operational control of all troops on the peninsula to South Korea. Currently, the U.S. commander would oversee U.S. and South Korean forces during war.

Scaparroti said during a U.S. Senate Armed Services committee hearing in July that while the South has to meet a variety of benchmarks before the OPCON transfer takes place, it is “a good plan … and I think we should move forward with it.”

He also said he could not comment on whether the consolidation of U.S. troops should be delayed or canceled because of cost concerns, but said the 2016 deadline “would be good for the readiness of the force as well.”